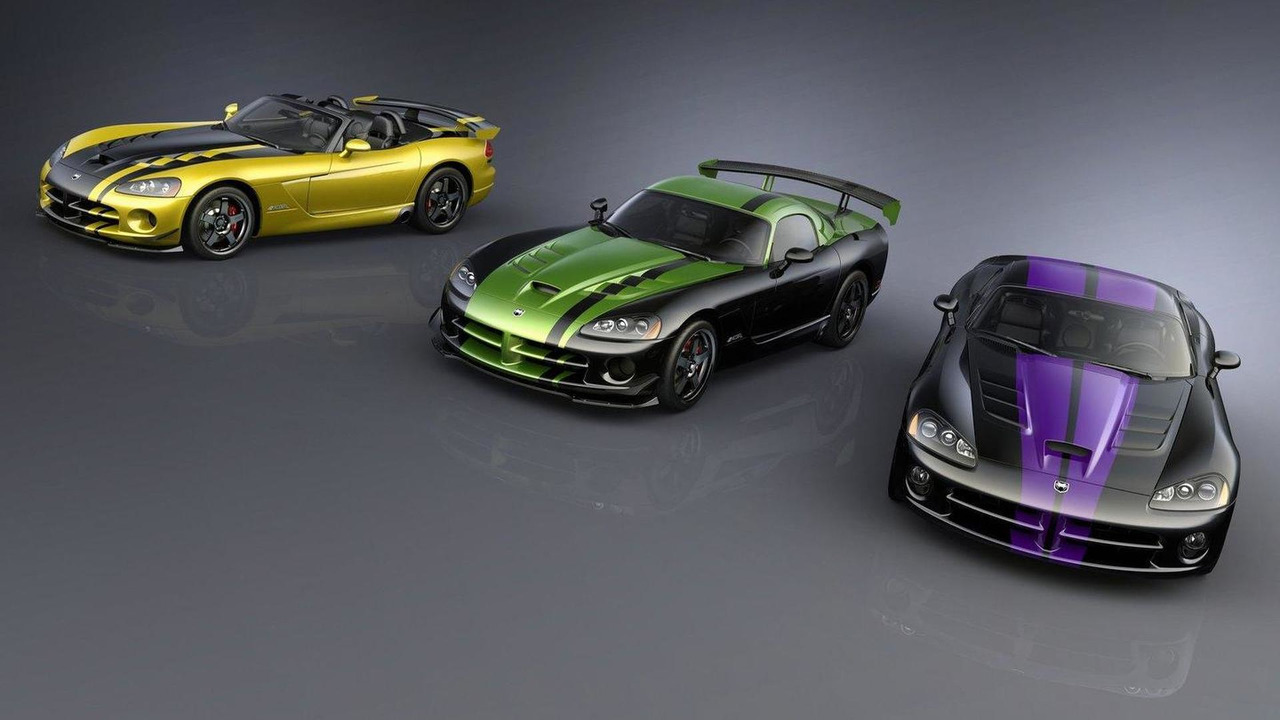 Another special edition of 50 Viper SRT10 units is set for Dodge showrooms across America. The story inside.

In its last year of production, Chrysler has authorized factories to build 500 units of the Dodge Viper for the 2010 model year.  Amongst these vehicles are 50 Viper SRT10 models built to spec with participation from Dodge dealerships.

Three of them are photographed here, including the Woodhouse Dodge SRT10 ACR Roadster in Race Yellow with a yellow stripe, the Tomball Dodge Reverse SRT10 ACR in black and Snakeskin Green, and the Roanoke Dodge Black SRT10 Coupe with Plum Crazy stripes up the middle.  The vehicles are meant to emphasize that the 12 colors, six stripes, five interior looks, four different wheel sets, three interior bezels, and two available body styles can be configured in over 7,600 different ways, according to the Viper website.

These Dealer Exclusive vehicles are not the same cars as the 50 "Final Edition" units scheduled to be the last vehicles in the fourth generation Viper series.  The Final Edition models will all be built with Graphite Clear Coat paint and a red-lined black center racing stripe with individualized badging.

Even still, do not ring the death knell for the Viper just yet. Dodge chief Ralph Gilles has already confirmed that another batch of Viper units could be produced, as interest still exists for the car.