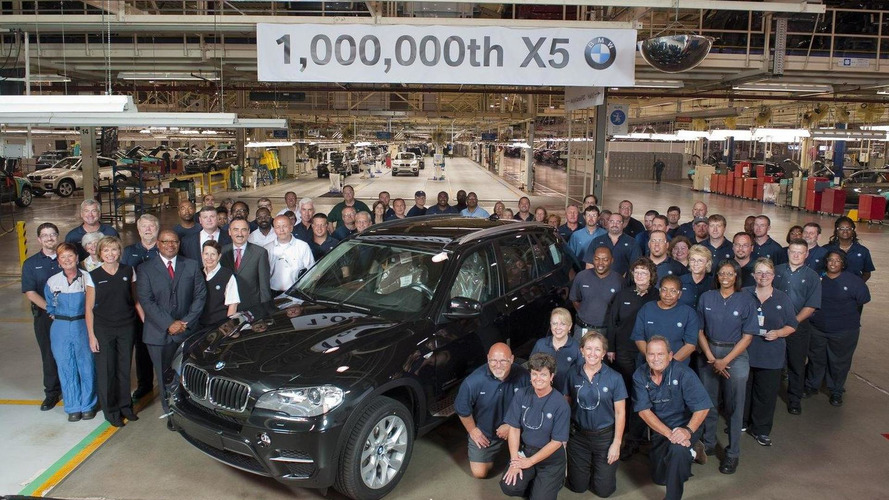 Find out what model X5 became the millionth produced in the SAV's 11-year production.

A sapphire black metallic BMW X5 xDrive35i has the honor of being the one millionth X5 ever produced.   The mid-size SAV was first introduced 11 years ago, and is produced at the company's Spartanburg plant in South Carolina, USA.

The milestone vehicle will be delivered to a customer in China, who ordered his/her Anniversary Edition unit with cinnamon brown Nevada leather.  The automaker declined to release further details about the specific vehicle, but as a second generation facelift model, the xDrive35i comes with a 3.0-liter twin-scroll turbocharged inline-six engine that produces 302 bhp (225 kW / 306 PS).

BMW's X5 five-door can be ordered in 120 countries, and can be built with up to seven seats and a variety of driver-assist systems.