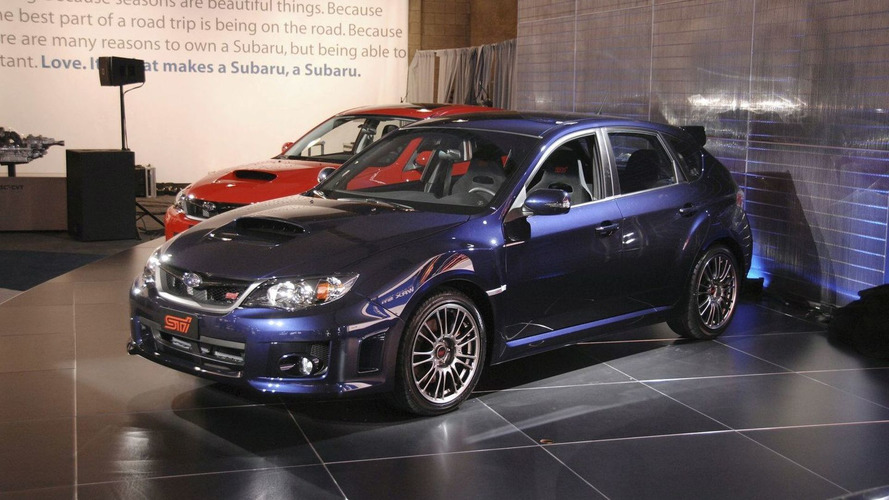 Check out these videos of the 2011 Subaru WRX STI, the fastest ever, inside.

Subaru has released two videos of the 2011 Subaru WRX STI sedan running test laps at the Nordshleife circuit on the Nurburgring.  While the first video (see below) breaks down the history of the Impreza at the 'Ring, the second video shows the onboard footage taken during a record setting lap.

Driven by four-time WRC champion Tommi Mäkinen, the "fastest WRX STI ever" posted Subaru's best time ever on the challenging circuit.  With a time of 7 minutes, 55.00 seconds, the 2011 model year car beat Subaru's previous record by a full four seconds.

"The car was controllable with precise and faithful handling even on tricky corners," Mäkinen said in a press release.  "I could easily predict the car's behavior. That is exactly what Subaru is offering, confidence."

Mäkinen only spent the last two years of his career racing with Subaru's in house WRC team.  The majority of his 17-year career was spent behind the wheel of either the Mitsubishi Galant or the Lancer Evo, with eight years at Mitsubishi Ralliart.

The 2011 Subaru WRX STI four-door sedan hits the global market later this summer.  All options available on the sedan will also be sold on the five-door.