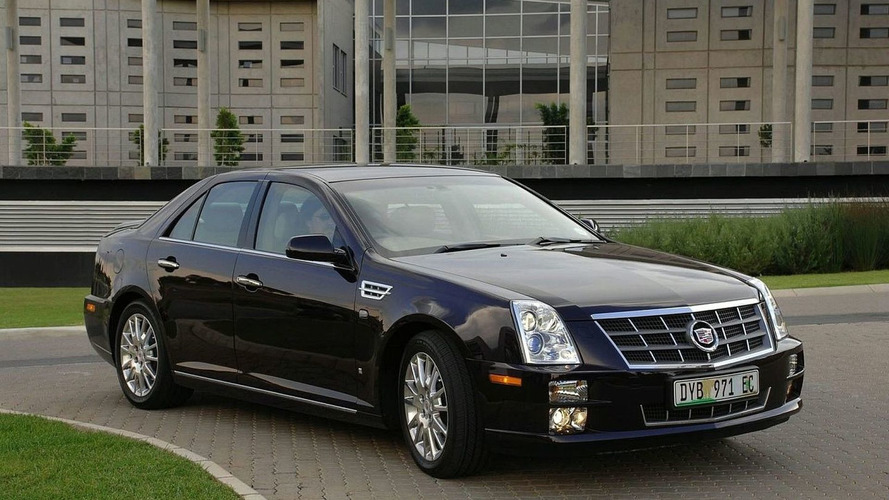 At the high end of the General Motors spectrum is Cadillac, one of the respected motor brands around the world. New STS sits in the middle of this spectrum at Cadillac itself, but is currently the brand leader in the South African market.

GM has promised to update this market, the biggest in Africa, quicker and with better product as its lineup gets right-hand drive versions. Left-handers, except perhaps people like Angelina Jolie, are banned in South Africa, therefore all new cars produced or imported for that market must be right-hand driven.

With STS, Cadillac SA follows on its deliveries of BLS, which has been welcomed, albeit not with as wide open arms as GM would have liked. After all, the SA market in BLS segment is dominated by BMW 3 Series and Mercedes-Benz C Class, a situation reflected in most other parts of the globe.

Only one model will be marketed for now, that being the naturally-aspirated 4.6-litre Northstar V8 that kicks out 239kW/ 320 bhp and 425Nm of torque, to the effect that 0 – 100km/h time is said to be 6.2 seconds. A top speed of 250km/h is possible. A great number of features come standard with the car, including Magnetic Ride Control which is a suspension system that uses innovative magneto-rheological fluid-based actuators at each corner, four wheel-to-body displacement sensors, and an on-board computer to provide real-time and continuous control of the vehicle’s suspension damping. Another feature is the one that allows for the car to be started remotely from a distance of up to 60 metres/ 197ft. Incorporate this with the heavily chromed wheels, the entrapment release in the boot (lets one open the boot from inside; Ford Mustang also has it) and you begin to have a suspicious view of the type of character that might buy the STS…