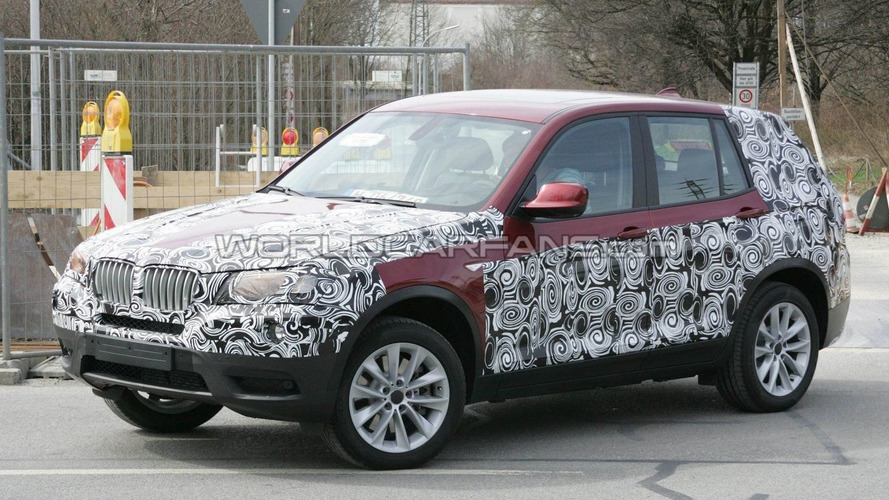 New details have emerged about the 2011 BMW X3 crossover. Full coverage inside.

Over the past few days BMW held a test drive event for the upcoming 2011 BMW X3 compact SUV for select members of the media. Information was not released, but Autocar reports these are the first official details.

Set to go on sale later this year, the X3 will feature sportier styling that will give it a more premium appearance. Riding on the 3-Series platform, the 2011 X3 will be 83mm longer, 29mm wider, and 40mm taller than the current model. More importantly, the wheelbase has been extended 15mm for increased passenger room (rear legroom is up 20mm, while luggage capacity climbs 80 liters to 550 liters total). Despite being larger, the X3 will actually drop a few pounds as it is expected to weigh 20-25 kg (44-55 lbs) less than its predecessor.

Inside, the cabin is vastly improved with higher grade materials and a better design. While no pictures were released, the interior will resemble the one in the 5-Series.

Look for more information to be released when the X3 is officially unveiled at the Paris Motor Show.