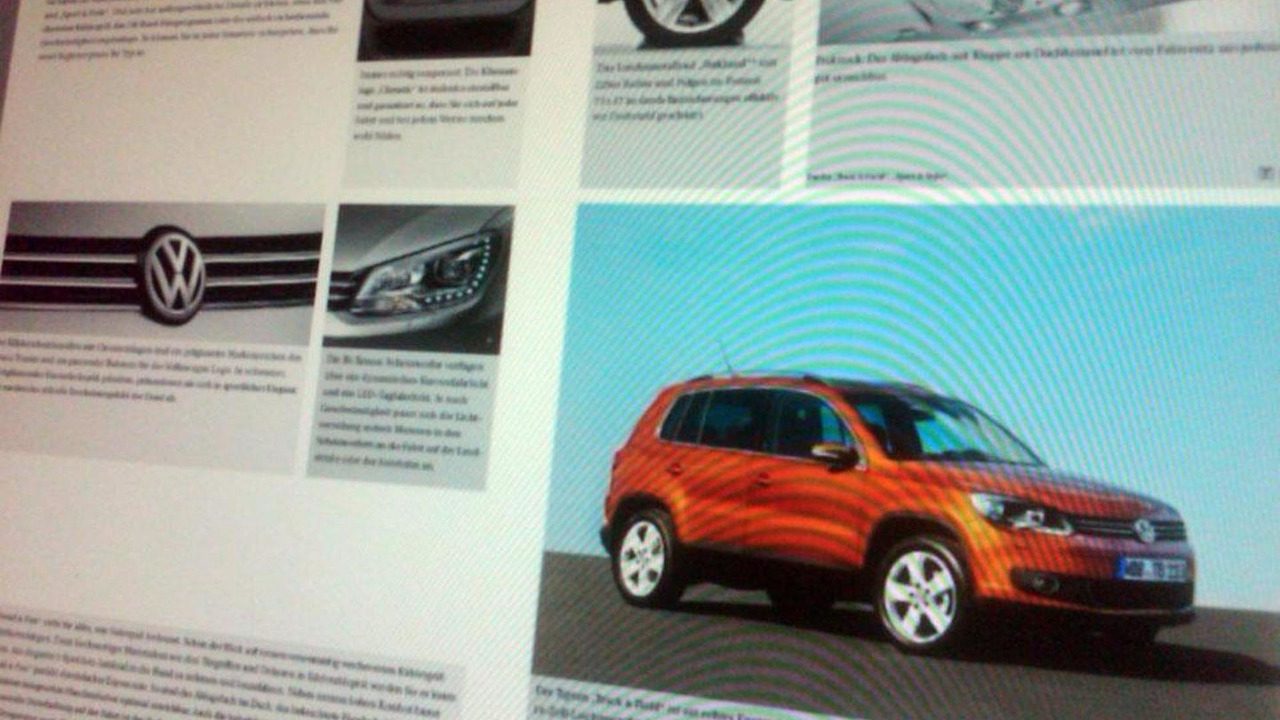 An anonymous tipster has sent us a picture of the brochure for the facelifted Volkswagen Tiguan. See the updated model inside.

An anonymous tipster has sent us a picture of the brochure for the facelifted Volkswagen Tiguan.

While the image is a little blurry, it appears the European and North American Tiguan will adopt the slightly different styling as the facelifted Chinese Tiguan. This was expected, but Volkswagen never officially confirmed it.

So what changes? Not much. There's a restyled front bumper, new fog lights, an updated grille, available LED daytime running lights, which are integrated into the headlights unlike the Chinese version, and restyled wheels. Inside, the only revision appears to be a simplified climate control system.

Under the hood, engine and transmission options are expected to carry over. Despite this, Volkswagen could make minor modifications to improve fuel efficiency and decrease emissions.

Expect to learn more when the model is unveiled at the 2010 Paris Motor Show in September.