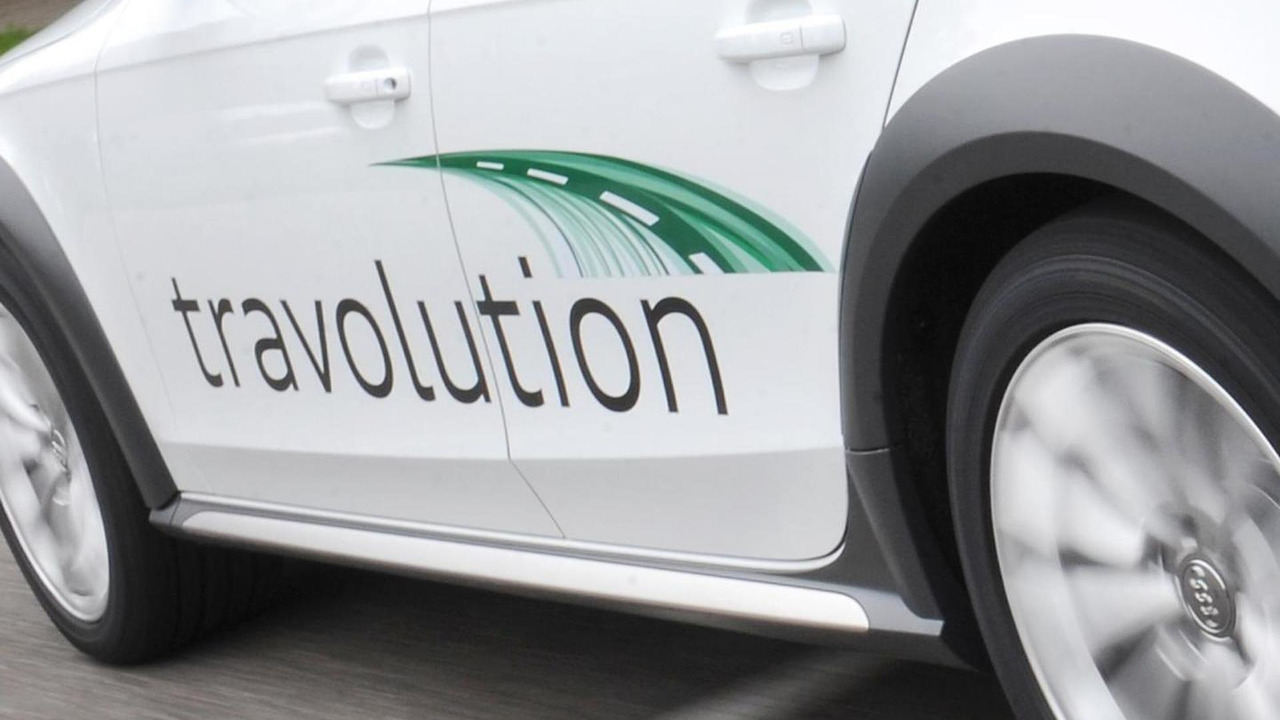 Audi has announced plans to expand their Travolution project which studies how cars and traffic lights can communicate to reduce emissions.

Audi has announced plans to expand their Travolution project which studies how cars and traffic lights can communicate to reduce emissions.

The new phase will include 15 test vehicles and 25 traffic lights, in Danube, which can communicate using wireless LAN and UMTS links. When a test vehicle approaches a traffic light, a signal is sent to the car telling the driver what speed to travel "so that the next traffic light changes to green before the car reaches it."

If the car is coming to a red or yellow light, the driver is warned visually and audibly. When a car is stopped at a red light, the signal tells the driver how long they have to wait before the light changes green.

According to Audi, "When the car is part of a network in this way, the driver can reduce the amount of time spent at a standstill and cut fuel consumption by 0.02 of a liter for every traffic-light stop and subsequent acceleration phase that can be avoided." This means that, if this new technology were applied throughout Germany, CO2 emissions would be cut by two million tonnes annually.

The system also allows drivers to make payments (for gas / parking) without leaving their vehicle. When the car is at a device (parking meter / gas pump) which supports this feature, the driver is prompted with payment instructions on the MMI screen. All they have to do is confirm their data and drive away.