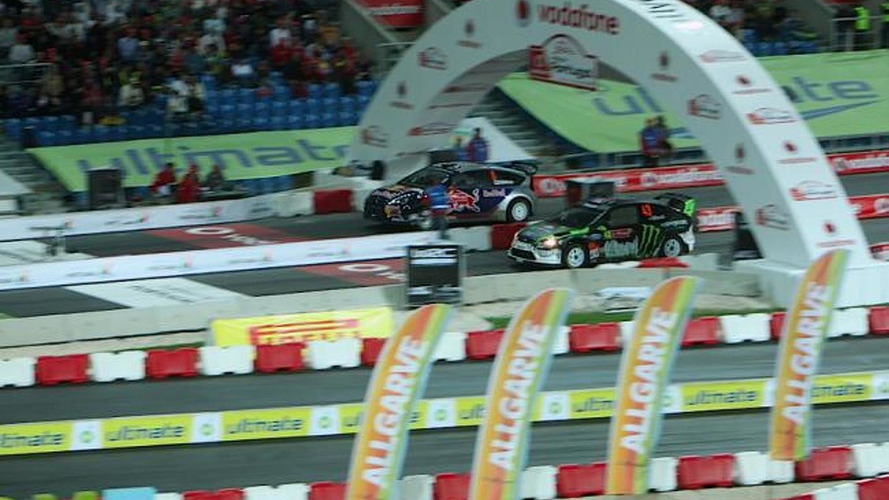 Check out this video of a tarmac Super Special stage at Algarve Stadium where Block faced off against Raikkonen. Get the result and times inside.

The result: an impressive tie.

"As soon as we found out that we'd be going up against Kimi on opening night on a tarmac Super Special, pressure started building, so to raise the stakes even more, I decided to bet Kimi that I'd beat him,” Block reportedly said. “To be honest, I wasn't expecting to win, but was willing to lose a 100 Euros on the chance to wax a former F1 World Champ.”

After two laps on the one-kilometer course, both Block and Raikkonen crossed the finish line at 2-minutes 11.0-seconds.