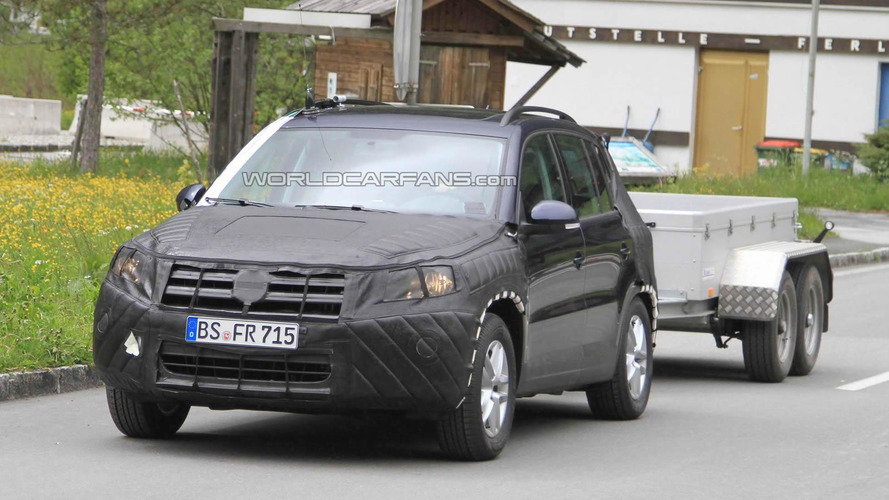 New spy pictures of the facelift VW Tiguan have come out. This model should not be confused with the China-only facelift that appeared earlier this year.

China received its unique facelift Volkswagen Tiguan some time ago. Soon it will be Europe's turn with their own facelift. These spy pictures show the car testing over European mountains. For the first time we see a new rear end, contrasting older spy pictures which showed a new front end with the old rear.

Since VW's new design language was introduced, almost all the models have employed it, including some commercial vehicles. The facelift Tiguan also features this new front grille and perhaps cleaner lines. It might even have LED daytime running lights.

Engines will mostly mimic the current lineup and include 1.4 TSI, 1.6 TDI and 2.0 TDI variants. Transmissions remain the same, with 6-speed manual and DSG being the main players.

The facelifted European/ North American Tiguan is expected at the 2010 Paris Motor Show this September.