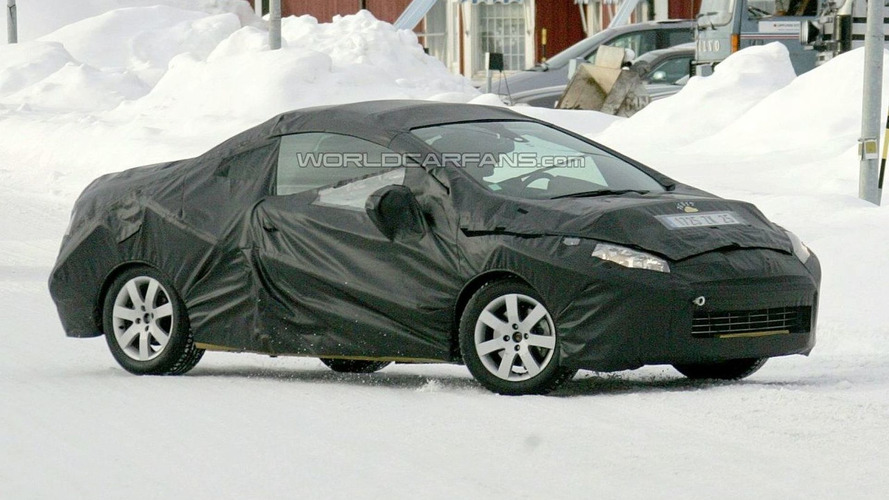 Peugeot has started a trend with the 206 CC, the first affordable coupÃ© cabriolet on the market. After this product, many car manufacturers have adhered to this type of vehicle, the last one being BMW, with the 3 Series Convertible. With that in mind, the French automaker could never leave the market segment it has helped to create. This is why a CC version of the 308 is being prepared, as you can see in the pictures that illustrate this article.

Caught in cold winter testing in northern Sweden, the car would have to wear a much heavier camouflage to disguise the well known lines of the CC versions Peugeot produces. They would be enough to tell which is the car below covers, but we may also mention the typical â€œfelineâ€ headlights and the taillights, which confirm the future car will be inspired in the 308 RC Z Concept. Pay attention to the rear end of the prototype car. You may define it as wide, muscular, with taillights apparently trespassing the body. Now compare it with a rear end picture of the RC Z and try not to see the resemblance.

Besides the foldable hardtop, common to all coupÃ© cabriolets, and the current engines used by the 308, the main attraction the 308 CC is expected to offer is the diesel hybrid propulsion system. In fact, it may be a world first. Peugeot has already made a point by stating something very reasonable: if the hybrid technology will help save fuel, and if the most fuel efficient combustion engines are the ones that use diesel, both should be put together. Is there a better car for the company to prove its point of view than a CC version of the 308?

If this hybrid version will ever reach the production lines is something we may have to wait a little longer to confirm, but the 308 CC is expected to be in the dealers by spring 2009. The official presentation of the car is very likely to be at the Paris Motors Show, in October. If there is any delay in development, Geneva can always be a charming place for the new convertible to meet its customers for the first time.