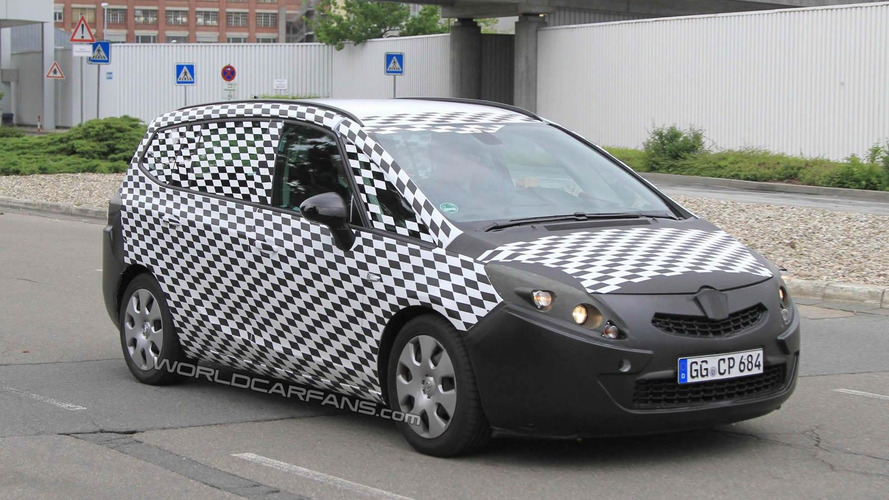 The latest spy pictures of the 2012 Opel Zafira MPV have appeared. They were taken during testing and reveal a sportier vehicle than before.

These are the freshest pictures of the next-generation 2012 Opel Zafira spied while testing. The 7-seat MPV has been spied before and now shows more of its design. A similar look to the new Astra and Meriva was adopted, making the people-carrier appear sportier than its predecessor. It has a bigger lower grille and a flatter roofline for that coupe-like stance.

The Zafira is expected to up the ante on interior luxuries by featuring some of the company's latest technologies for comfort and drivability. The smaller Meriva is known for its flexible storage and seating arrangements. Therefore some of these systems should also appear inside big brother too.

As far as engines are concerned, a list of petrol, turbo petrol and turbo diesel choices should be made available. A look at what the Astra is offering for power will answer most engine and transmission questions.

The 2012 Opel Zafira will get a Vauxhall badge in the UK and likely appear in public for the first time at the 2010 Paris Motor Show this September.