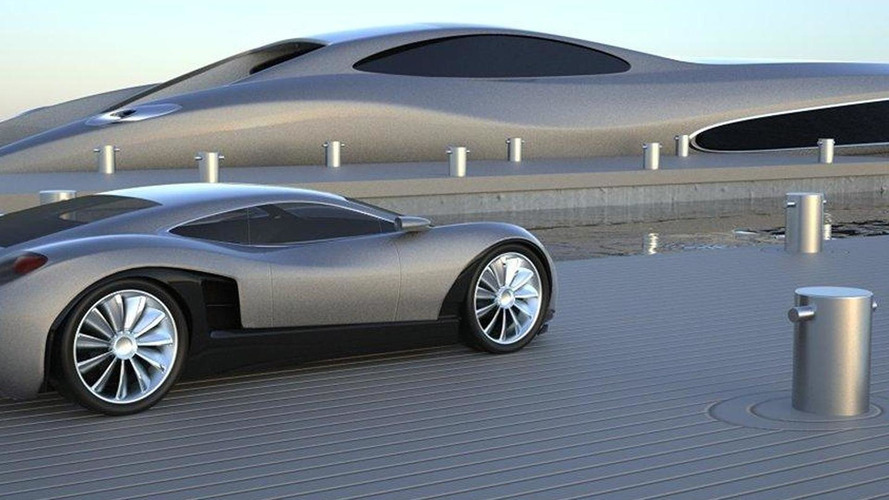 What does this luxury yacht have to do with cars?

Well, it's the most expensive garage in the world.

It's called the Strand Craft 122, a design study creation from Swedish boat maker Strand Craft. The study also imagines a supercar that can be rolled onto a bay in the yacht that serves as a one-car ferry - or a garage.

The designers have it as a V12-engined, 880 horsepower super sports car of an unspecified marque which they say can top 230 mph (370 km/h). Perhaps they plan to build their own to go along with the yacht. With a top speed like that, though, they'd better attach some wings.

The yacht itself features a little more power than that. It comes with 14,000 horsepower from two Rolls Royce engines. It's 38 meters long and each cabin comes fitted with a 52-inch LED television screen and a Bang & Olufson sound system. Other amenities include more stuff you will never have.