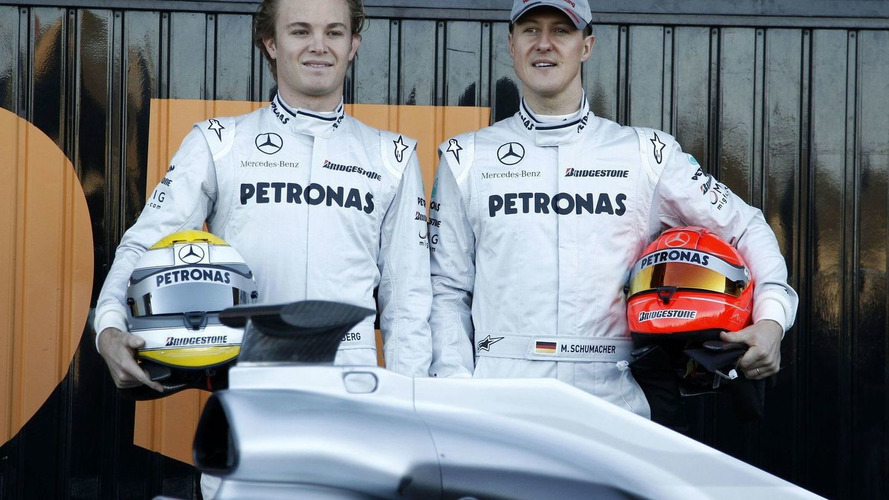 Team boss Ross Brawn in Turkey said he hopes Mercedes lines up with an identical driver lineup in 2011.

Team boss Ross Brawn in Turkey said he hopes Mercedes lines up with an identical driver lineup in 2011.

Both Nico Rosberg and Michael Schumacher have contracts that extend beyond 2010.

But while Rosberg has been facing rumours that the German team is favouring Schumacher, some have predicted that the seven time world champion might not be willing to prolong what has been a difficult return to F1 so far.

When asked at Istanbul Park if the pair are staying on, Brawn answered: "I hope so.

"Do you know something I don't? We're pleased with the drivers, they're both enjoying themselves, so yes," he added.

As for whether 41-year-old Schumacher is tiring of the struggle to regain his dominance of past years, Brawn is quoted by Germany's Die Welt as saying the famous German "knew it would be an enormous challenge".