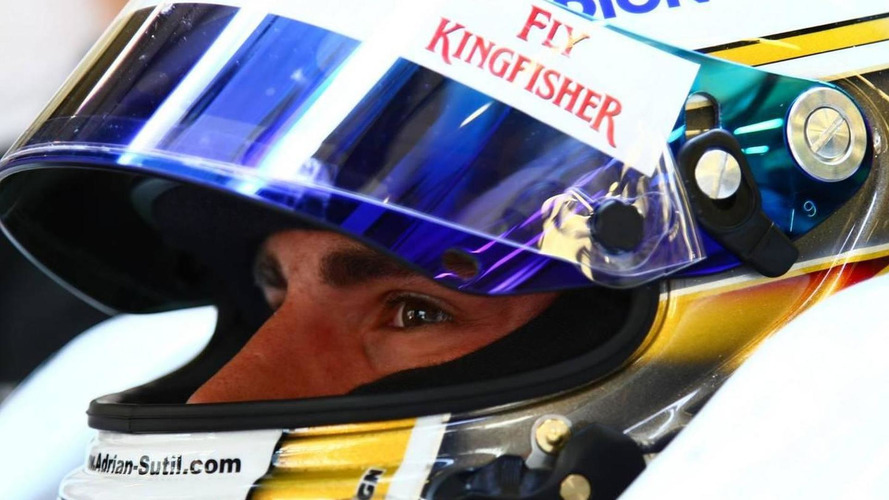 Adrian Sutil had a big crash at the end of Friday's opening practice session in Turkey.

Adrian Sutil had a big crash at the end of Friday's opening practice session in Turkey.

The German driver went off the track at high speed on the exit of the Istanbul Park layout's famous four-apex Turn 8 corner, incurring heavy damage to the Force India car.

"He said he had understeer and went off into the marbles, which then put him into the barriers," the team said on its Twitter page once Sutil had returned to the garage.

It was otherwise a fairly quiet session under warm and blue skies and near-empty grandstands, amid rumours there is a chance of light rain for Sunday.

Bruno Senna had to sit out the initial 90 minutes of practice in deference to Friday test driver Sakon Yamamoto, who ended the session slowest of all.

Lewis Hamilton topped the times in his McLaren, but he might now be reprimanded by the stewards for wearing newly-pierced earrings under his helmet.

The wearing of jewellery is prohibited according to article 2.2.1 appendix L of the sporting regulations.