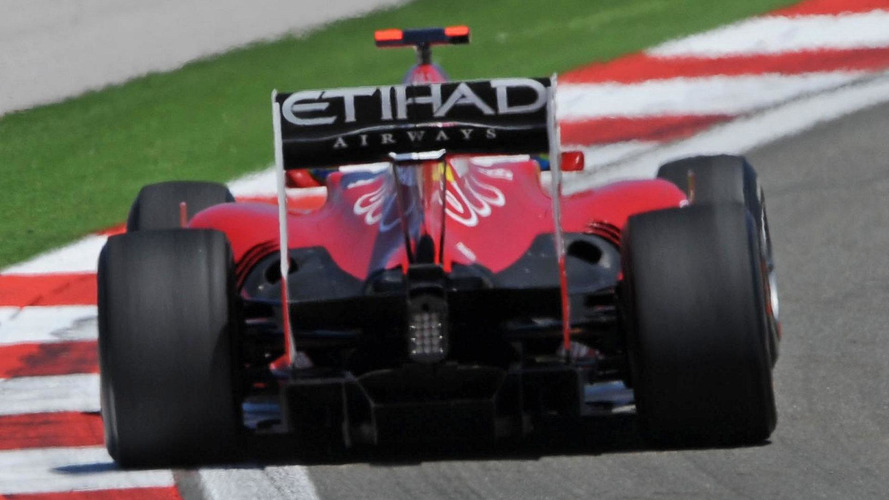 A development of Ferrari's rear double-diffuser was spotted in the Istanbul pitlane.

A development of Ferrari's rear double-diffuser was spotted in the Istanbul pitlane.

The F10 was wheeled out of the garage so that international photographers could see the engine cover logo celebrating the team's 800th grand prix this weekend.

But a reporter for Spain's AS newspaper also spotted an upgraded diffuser with enlarged elements "not seen at other races".

"We know that in Barcelona we had a disadvantage in the total downforce generated by the car and have worked on this issue," Fernando Alonso is quoted as saying.

But the Spanish driver is not expecting Ferrari to catch the dominant Red Bulls this weekend.

"In Barcelona they were almost a second faster than the others, and in the three weeks since it is impossible to have recovered that difference," he is quoted by El Pais newspaper.