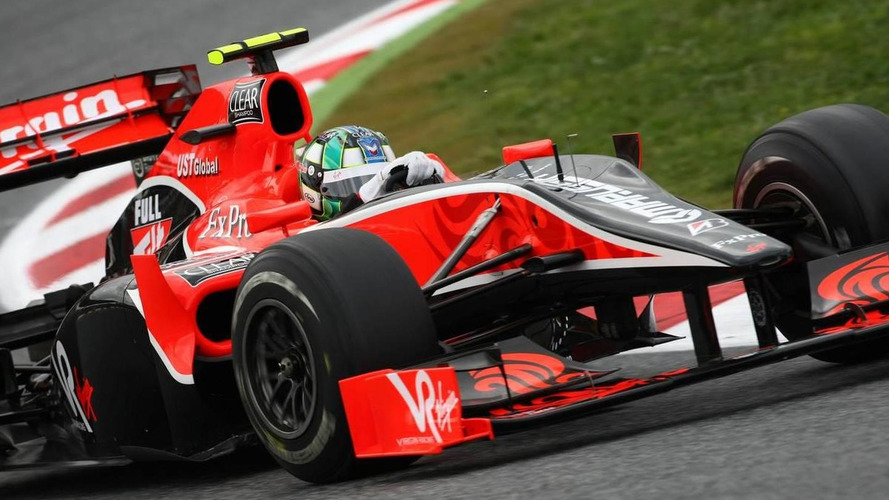 Lucas di Grassi will this weekend finally race Virgin's updated car, but it may still be slower than the one piloted by his teammate Timo Glock.

Lucas di Grassi will this weekend finally race Virgin's updated car, but it may still be slower than the one piloted by his teammate Timo Glock.

Due to the volcanic ash cloud and then the short turnaround between Spain and Monaco, di Grassi had to drive the original car with the famously small fuel tank while Glock raced one with significant developments.

Rookie di Grassi, 25, will finally receive the longer-wheelbase VR-01 in Turkey, he confirmed to Brazil's Globo.

"For the first time I have the upgraded car," he said ahead of the Turkish grand prix, "although it is a little heavier than Glock's, because of our difference in height."

Heavier drivers are not normally penalised with heavier cars in F1, due to the 620 kilogram car-plus-driver minimum weight.

But because Virgin's basic car-plus-driver weight exceeds the 620kg minimum, the 10cm-taller di Grassi is unavoidably penalised in performance terms.

But di Grassi is still hopeful of taking a big step forward at Istanbul Park.

"These improvements will bring half a second in our laptime," he said.

"I love to race in Turkey, a track where I have won twice in GP2. I know it's a quite different reality now, but let's look to be the best team among the newcomers.

"We are focused on solving our problems of reliability and looking to get a good result," added di Grassi.