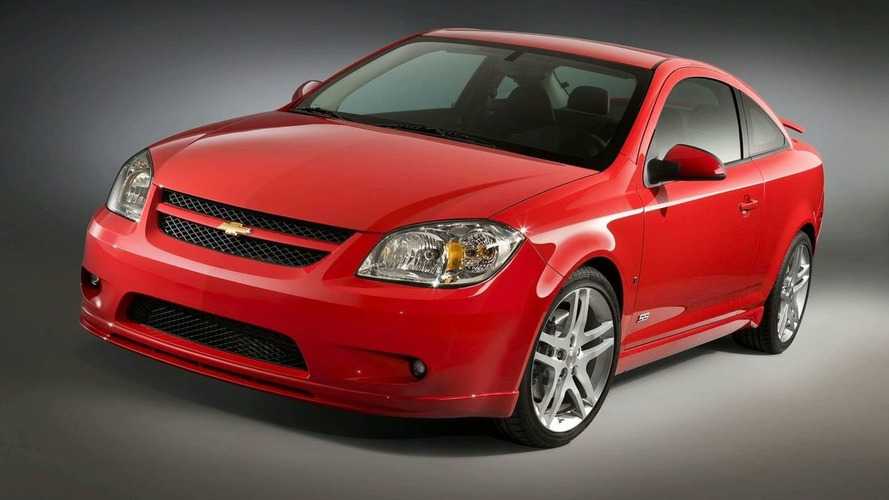 Who knew the Chevy Cobalt had a driver's seat spacious enough for two? Get the full story inside.

Chevrolet has one more "Hearbeat of America" to talk about this month, after a woman gave birth while driving her Chevy Cobalt.  Amanda McBride, of Bagley, Minnesota, was in labor and racing to the hospital when the baby decided it couldn't wait any longer.

"She yelled at me to grab the wheel," the baby's father Joseph Phillips told an area newspaper.  Phillips had been sitting in the passenger seat because of a medical condition that causes seizures.

Phillips took the wheel while McBride ripped off her pants.  "And then the baby just came right out,” she said.

"And then, all of a sudden, I heard this little 'waaa,'" Phillips told the paper.

“I was just sitting on the seat and he just slid out. It really wasn’t bad at all,” the 29-year old new mother reportedly said.

After debating whether or not to call an ambulance at the side of the road, the pair decided to continue on to the hospital.  McBride cranked up the heater, held the baby, and worked the pedals while Phillips steered.

Hospital workers were stunned to find the woman on the driver's side, but were pleased to report that the baby was in good condition.  At eight pounds and 18.5-inches long, Joseph Phillips was born at 12:20am.

Since they were in a red 2005 Cobalt, Chevy decided to help the family along by donating a year's supply of diapers, two safety seats, a stroller, and more.  "We knew the Cobalt was designed to deliver its occupants safely, but never did we expect a delivery quite like this,” Chevy spokesman Margaret Brooks reportedly said.