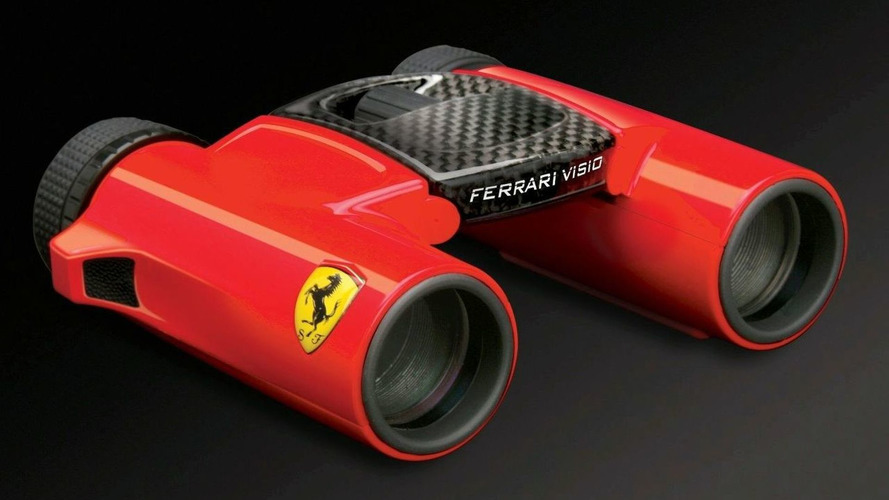 Ferrari has teamed up with William Optics to create an innovative and high performance of binoculars and telescopes.

Manufactures have long since realized profits not only come from the cars themselves, but also in the accessories owners are willing to buy. To that end, Ferrari has teamed up with William Optics to create an innovative and high performance range of binoculars and telescopes.

The $199 Ferrari Visio binoculars feature ultra lightweight design, carbon fiber, 8x magnification, and are powder-coated in Ferrari Red. Moving up the range is Ferrari’s $699 ZenithStar telescope which allows for magnification between 25-50x and can also be used as a camera zoom lens with the optional adaptor kit. Topping the range is the limited edition $1599 ZenithStar Anniversary Edition which pays homage to Ferrari’s 60th anniversary. Offering 20 to 65 times zoom magnification the telescope has a black carbon fiber exterior resulting in a total weight of just two kilos.