Audi A1 rolls over, plays dead in Belgium 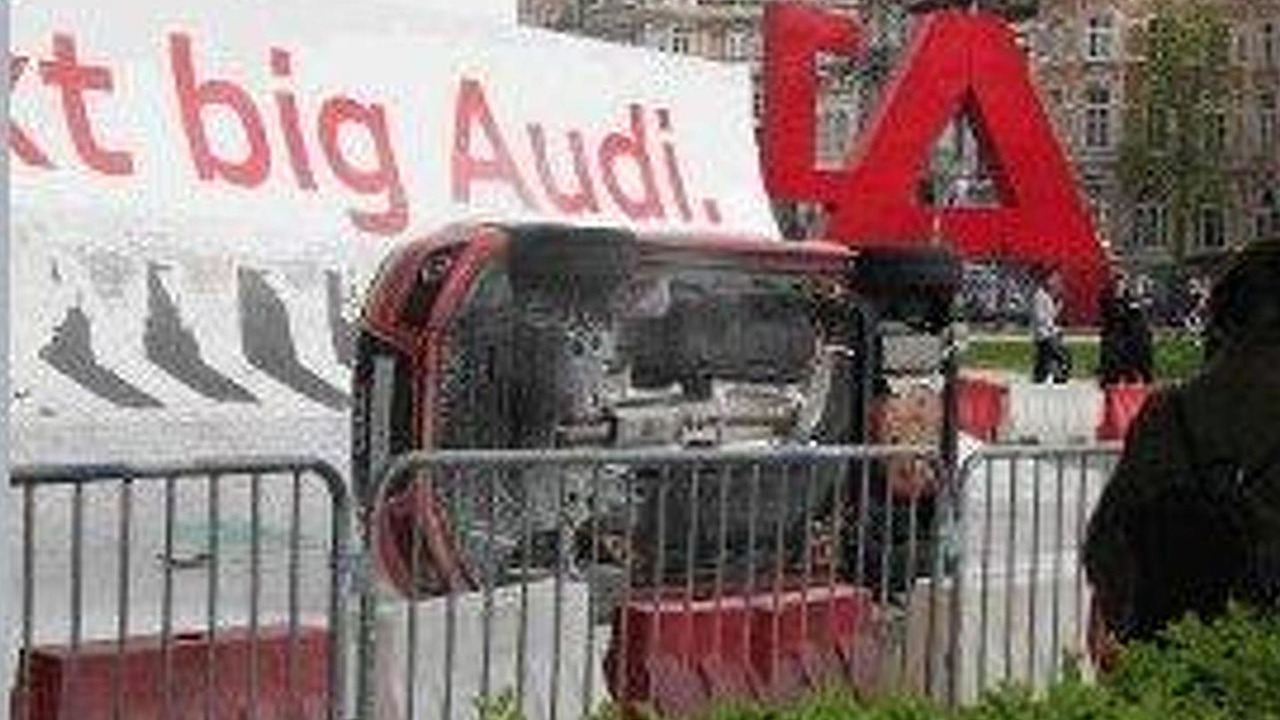 After hearing news the Audi S1 will be front-wheel drive, an A1 tragically killed itself in shame. Details inside.

After hearing news the S1 will be front-wheel drive, an Audi A1 tragically killed itself in shame.

The horrific event occurred in Belgium, where Audi was trying to convince people that the A1 is fun and sporty. As part of the spectacle, stunt drivers would take passengers up a quarter-pipe to show how well the car handled. As fate would have it, the driver lost control and flipped the A1.

According to one witness, Audi employees immediately pushed the A1 right-side-up and freed the passenger and driver. Afterwards, the car was covered and taken away.

Speaking with Nieuwsblad.be, Audi Belgium spokesman Thomas De Meuter said both occupants escaped with minor injuries from broken glass. He added, "The drive up the quarter pipe is an extreme situation that does not occur in everyday traffic" and the A1 is absolutely stable.

Gallery: Audi A1 rolls over, plays dead in Belgium