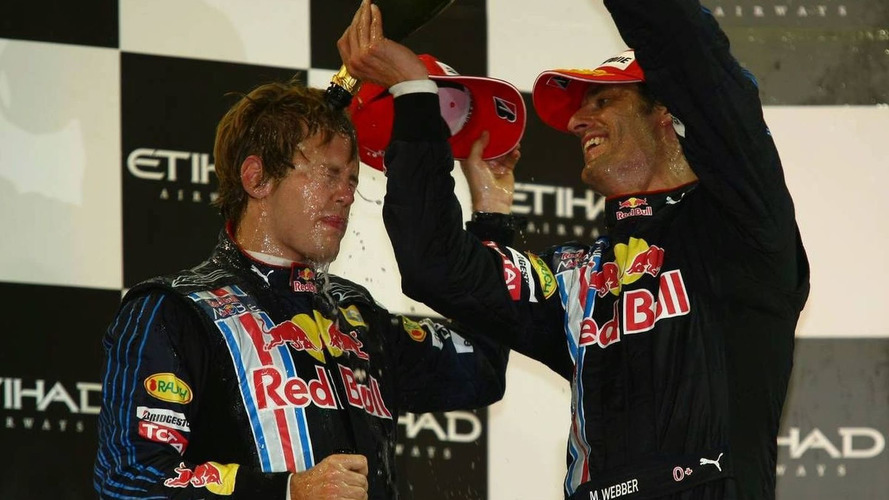 Sebastian Vettel insists he is happy that his "main opponent" at present is his own teammate Mark Webber.

Sebastian Vettel insists he is happy that his "main opponent" at present is his own teammate Mark Webber.

The Red Bull pair are tied for points at the top of the drivers' world championship, after 33-year-old Australian Webber dominated the last two grands prix from pole.

"At the moment my main opponent is Mark and that is a good thing," German Vettel is quoted by Sport Bild.

However, other reports have indicated that the young German is far from happy about his recent struggle to keep up with Webber, even though team boss Christian Horner insists Vettel should be relaxed and confident.

"Sebastian will win many races this season," the Briton is quoted as saying.

Ferrari's Felipe Massa is regarded as a specialist of the Istanbul circuit, but last year it was Vettel who was on pole, after dominating all three segments of qualifying.

He ultimately made a mistake and finished behind winner Jenson Button and Webber, and Vettel now insists: "I like the track and I am going there to win."