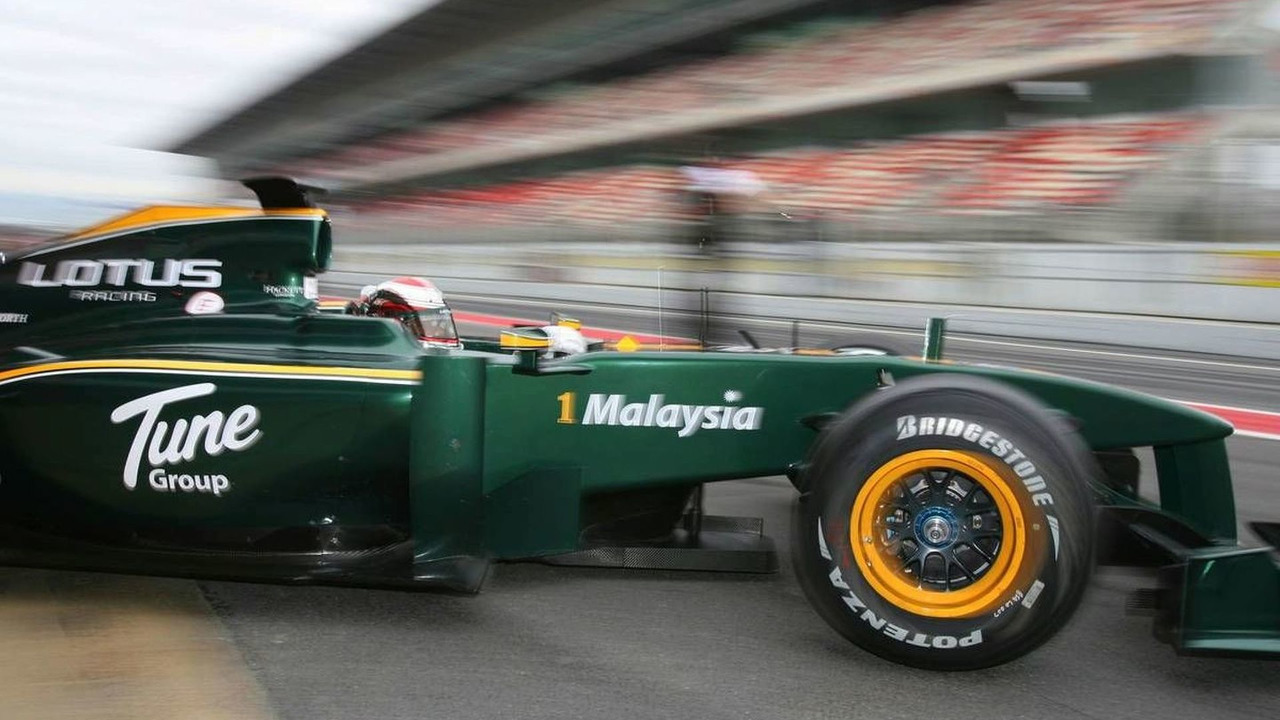 Lotus will not run a KERS system in 2011, despite the expected return to the grid of the energy-recovery technology for next year.

Lotus will not run a KERS system in 2011, despite the expected return to the grid of the energy-recovery technology for next year.

Multiple sources are reporting that KERS will be back in formula one in 2011, but the new team Lotus has begun designing its next car with no plans to incorporate the boost-button concept.

"We will not use KERS next year and we have good reasons for this decision," team boss Tony Fernandes is quoted by Finland's Turun Sanomat.

"This year we had to buy nearly all the (car) parts from other suppliers but now we are in a position to build the entire car in our factory," he explained.

"So we are trying to take advantage of the experience we have collected with the current car and to make the project more effective.

"If we were to have KERS, in accordance with the technical working group (decision), we would have to start everything again from zero in terms of weight distribution.

"The big teams are in a different boat, already with solid experience of KERS from recent years.

"What we saw last season is that it is not easy to get KERS to operate effectively and reliably; it took a lot of time, money and resources. At Lotus we are fully confident that we are going to cope without it (KERS)," added Fernandes.

Currently, FOTA's technical group is finalising the details of the KERS return, with Ferrari and Renault pushing for a 150 horse power boost for 10 seconds each lap.

It is expected the return of KERS will be approved formally by the teams this weekend in Turkey, before the matter is referred to the FIA for inclusion in the technical regulations.