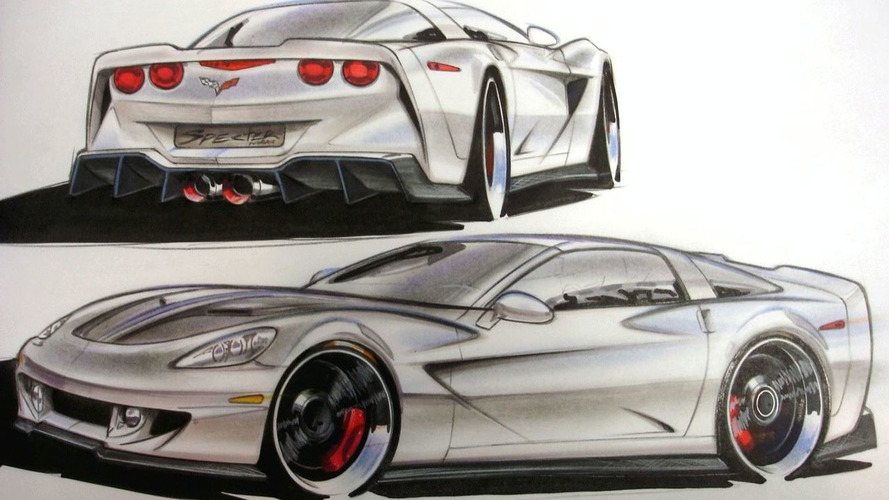 Tuning specialist Specter Werkes, a company founded 18 years ago by Jeff Nowicki, is offering a fearsome GTR package for the Corvette C6 which is aimed at enhancing not only the car’s already cool looks, but also its performance potential. All C6 models can be fitted with the package, including the hair-stylists’ choice, the convertible. The cosmetics include unique tail lamps, Michelin Pilot Sport 2 Zero tires at 335Z R2520 at the rear and 285Z R3019, GTR-embroidered seats, serial-numbered dash plaque, great GTR bodywork on fenders, doors, rear fascia and other areas of prominence. When it says GTR you’ll know it is.

"The GTR is the Corvette for enthusiasts who want an exclusive, distinctive automobile," said Nowicki. "It's an uncompromising combination of great looks and racetrack-capable performance."

Of aural interest will be the stainless steel performance exhaust system which should return thunder at the slightest prod. Specter Werkes, guys, we aren’t averse to such sounds so if a spare vehicle should become available, our test garage would be most honoured. We probably wouldn’t mind either.

Customers will be able to choose from a variety of power options available so different GTRs should not only look different but they will also perform separately. Each vehicle is hand-built and orders will start delivering in the coming US spring, at a ridiculous USD34,995/ €24,013.