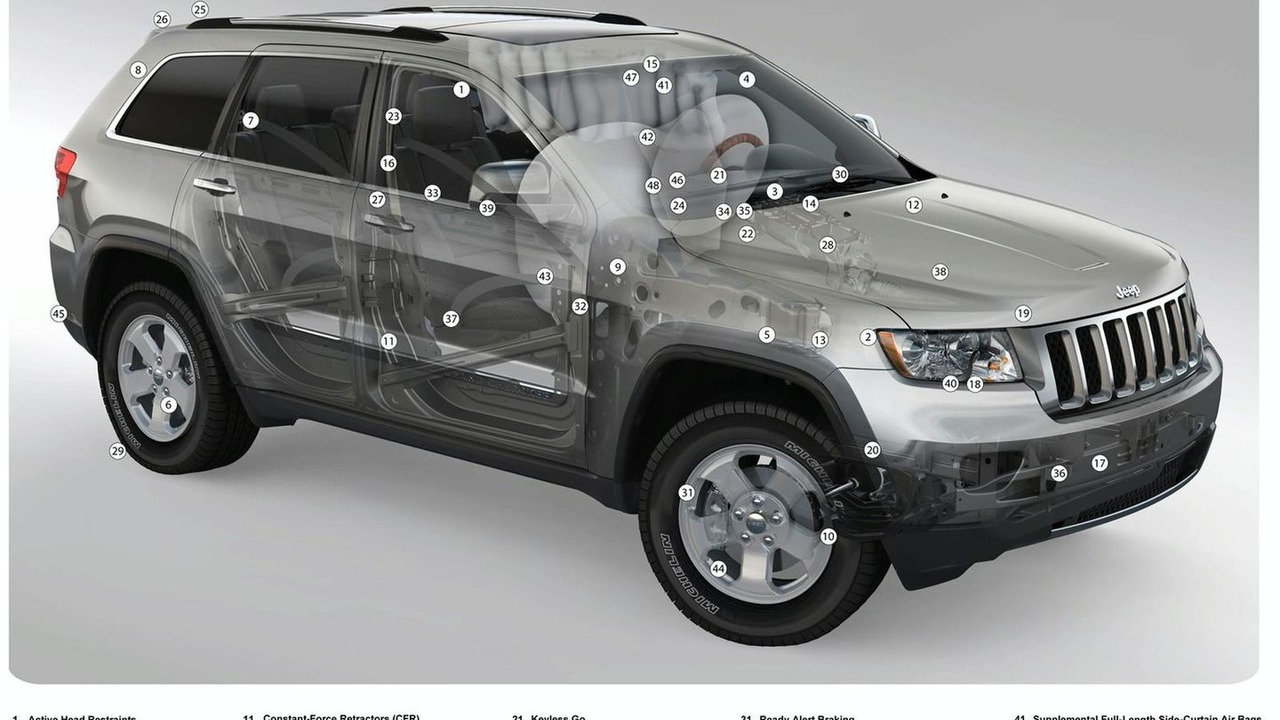 Jeep has released new images of the 2011 Grand Cherokee, ahead of its launch next month. See them inside.

Chrysler has released new images of the 2011 Jeep Grand Cherokee, ahead of its launch next month.

Introduced at the 2009 New York Auto Show, the Grand Cherokee is described as an "American icon and symbol of the new Chrysler." It features modern styling, a vastly improved interior, and Mercedes M-Class underpinnings.

As we have previously reported, the 2011 Jeep Grand Cherokee will be available in three different trim levels. The base Laredo 2WD is priced from $30,995 and the top-of-the-line Overland 4WD starts at $42,995.