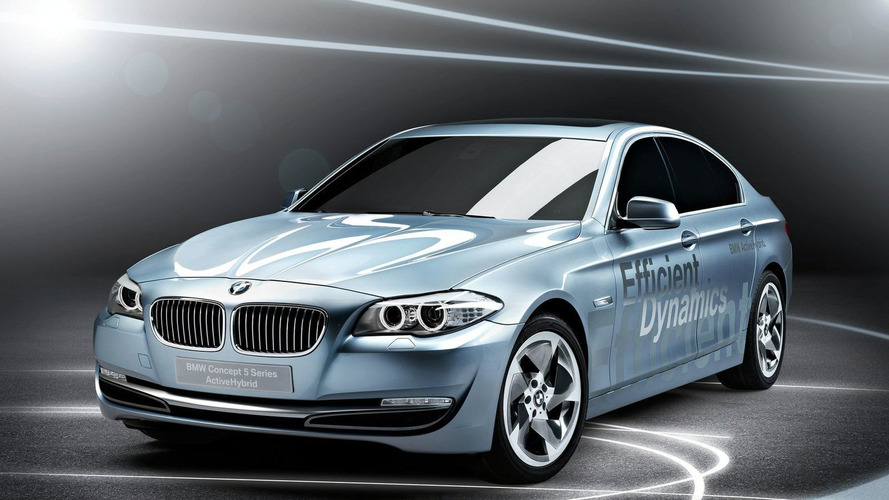 Find out when you can buy the BMW 5-Series hybrid, now underway. The story inside.

BMW executives have given the go-ahead to a hybrid version of the BMW 5-Series.  Regular production and sales of the vehicle could begin in 2011, according to BMW CEO Norbert Reithofer.

At the automaker's 90th Annual General Meeting of stakeholders, Reithofer said, “As early as next year, the new BMW 5-Series will also be available as a full hybrid."  If successful, this car could also pave the way for more hybrids from the automaker, including the 3er, as BMW pushes to reduce 2008 fleet carbon emissions by 25 percent before 2020.

“...We are anticipating the hybridization of further models series, such as the BMW 3-Series," he said.  "We also work with modules in this field, choosing the most suitable hybrid solution for the respective model.”

The 5er hybrid would likely be based on the BMW Concept 5-Series ActiveHybrid seen at the 2010 Geneva Motor Show.  The car combined a straight-six petrol twin-turbo engine producing 300 hp (224 kW) with a 54-horsepower (40-kW)  electric motor.  The concept utilized an eight-speed automatic transmission, and used up to ten percent less fuel than other 5er models.