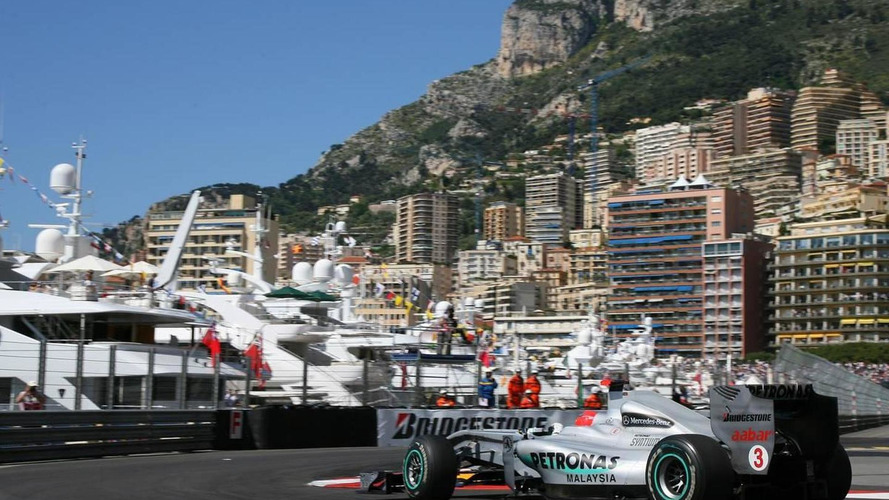 But the safety car had actually pulled into the pits, prompting the message 'track clear' on the official monitors, and video evidence showed green flags and green lights.

Former driver Marc Surer told the German news agency SID: "I think the stewards have made a mistake, because they had shown green (flags)."

He insists there was at the very least no "clear" breach of the rules, given that the stewards took more than three hours to decide to impose the 20-second time penalty.

The Italian press was less sympathetic.

"Is he not 41 years old?" read an editorial in the Tuttosport newspaper. "He should know the rules by now."

Epsilon Euskadi boss Joan Villadelprat wrote in his El Pais column that Schumacher's was a "monumental error", but former German F1 driver Christian Danner said the mistake was the FIA's for ordering that green flags be waved.

Bild newspaper published a photo proving that Schumacher drove past a green light in the Rascasse corner prior to passing the Ferrari, even though Ferrari's Stefano Domenicali argues that the race ended "under yellow conditions".

But Alonso insists he was "immediately certain" that the Mercedes driver would be penalised.

"That's why I let him go," the Spaniard told spox.com.

"My team had told me that you can't overtake. I had wanted to try to pass Lewis Hamilton but they told me I could not."

And Sebastien Buemi told the Swiss newspaper Blick that Toro Rosso ordered him to hold position.

"I was surprised when the team told me not to attack Liuzzi, because there were green lights flashing everywhere!" he said.