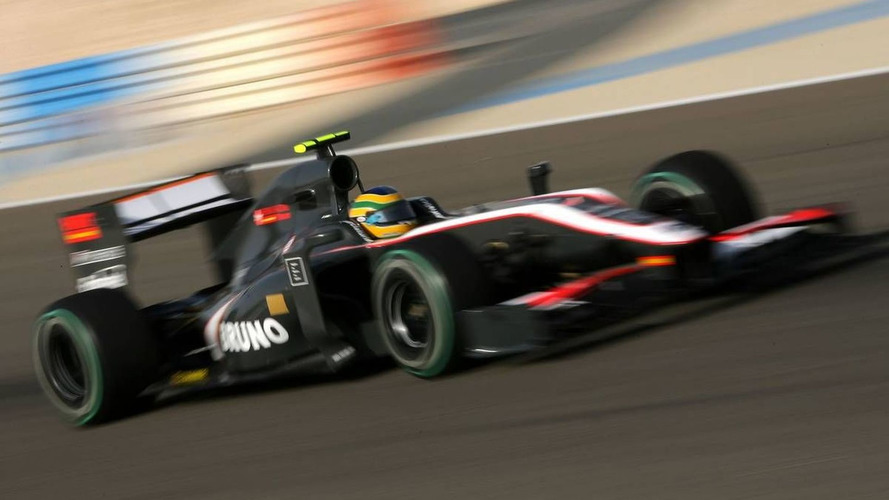 Colin Kolles has confirmed reports that Bernie Ecclestone is helping the struggling HRT team with its plans for the future.

Colin Kolles has confirmed reports that Bernie Ecclestone is helping the struggling HRT team with its plans for the future.

F1 chief executive Ecclestone was quoted in Monaco as suggesting he is helping the new Spanish outfit to get out of financial trouble.

But subsequent reports have clarified that the 79-year-old's assistance may in fact be in the form of HRT's technical plans.

The team's contract with its car designer Dallara has lapsed, and boss Kolles has been working on securing a deal with a wind tunnel in view of designing an all-new car for 2011.

"Obviously we are still not competitive enough, even for our expectations as a new team, and we are seeking solutions for the future," the Romanian-born German is quoted by Spain's AS.

"We are optimistic and Bernie is helping us to ensure a better 2011," he added.

Kolles insists the speculation about HRT collapsing is wide of the mark, amid suggestions the team could run out of spare parts by June's race in Montreal.

"The team will complete the season and we are already planning for the next one," he said.

"We hope to make an announcement next month - certainly before the Canadian grand prix - about our plans to build our own chassis," said Kolles.

It is also reported that Geoff Willis, currently just a consultant to HRT, is set to stay with the team because of its ambitious technical plans for 2011.