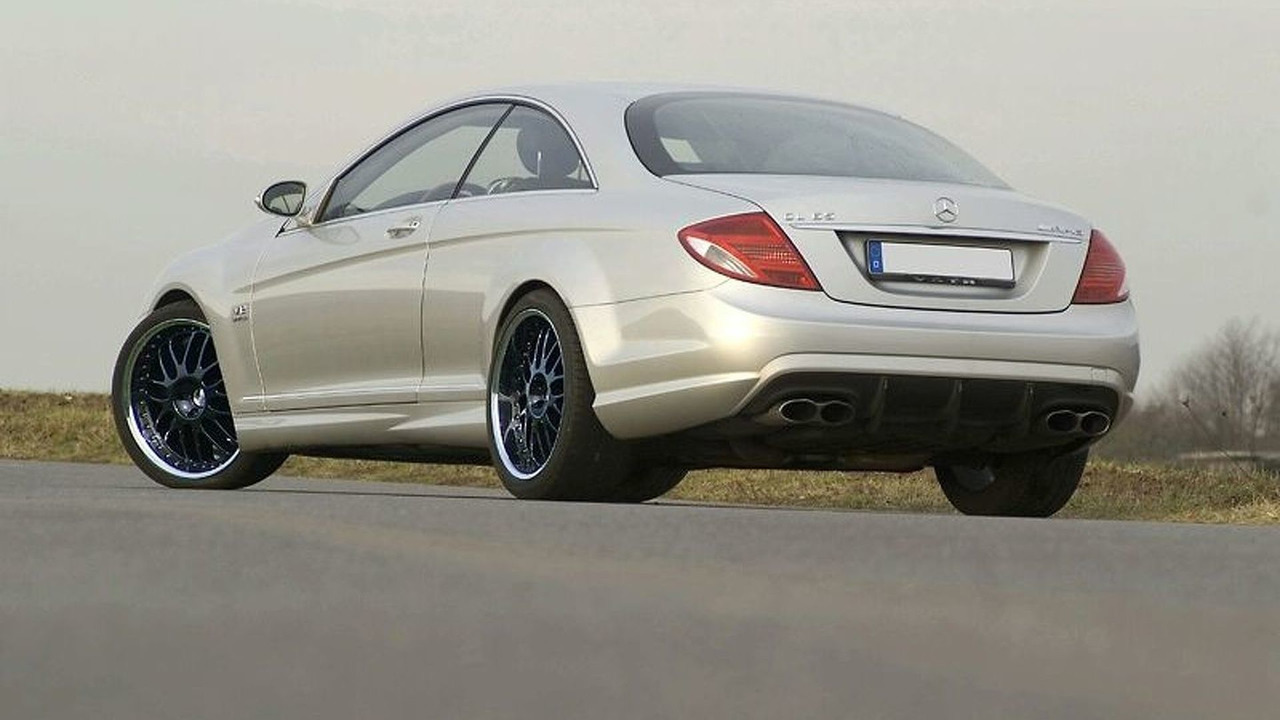 There are already plenty of ways to get your monster-Benz thrills, but one more couldn't hurt, now could it?  Aimed at those drivers for whom the Mercedes CL 65 AMG's 612-horsepower V12 just isn't enough, German tuning firm Vath has released a tuning package for the high-performance luxury coupe.

With Vath's kit, the twin-turbo 6.0 liter V12 in the big Benz cranks out 718 horsepower.  Of course, that kind of power wouldn't be any fun with an electronic nanny aboard, so Vath also removes the CL 65 AMG''s speed limiter, allowing this boosted beast to run all the way up to a reported 211mph (340 km/h), which suggests that this CL 65 AMG can run down most supercars while providing an opulent and relatively quiet ride.  A high-performance carbon brake kit, 20-inch wheels and a lowered suspension are also part of the package, to help the CL 65 AMG handle the additional performance.

Style-wise, the Vath-tuned CL 65 AMG gets a carbon bodykit with a revised spoiler up front and an integrated air diffuser at the rear.