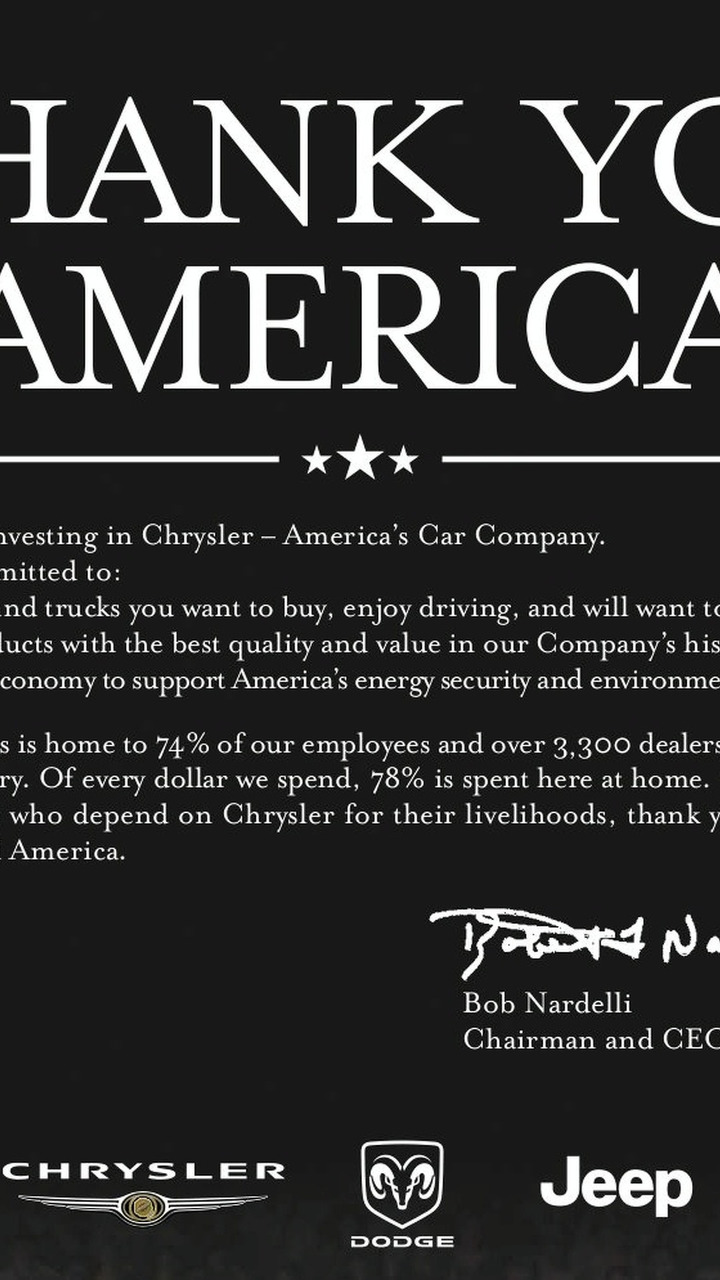 Even after a nearly $2 billion loan repayment, the U.S. government expects to lose substantially on the Chrysler Financial loan. Find out why inside.

While Chrysler and the Government claim this to be a victory of sorts, the reality is not much to write home about.  The U.S. government will likely lose at least $1.6 billion on the total deal, though previously the administration thought they would lose not recover any of the $4 billion loan package.

Trying to remain optimistic, a spokesman for the Treasury Department told the Detroit News, "[the repayment] is significantly more than the Treasury expected to recover on this loan."

Meanwhile, the Chrysler Group, which owns the automaker and was spun off last year after Chrysler went into bankruptcy, still owes $5.7 billion to the U.S. government and $1.2 billion to the Canadian government.  This does not include $2.4 billion in loans that were approved but untapped.  The Chrysler Group is partially owned by the United States, and is expected to repay all of its outstanding government debt by 2014.