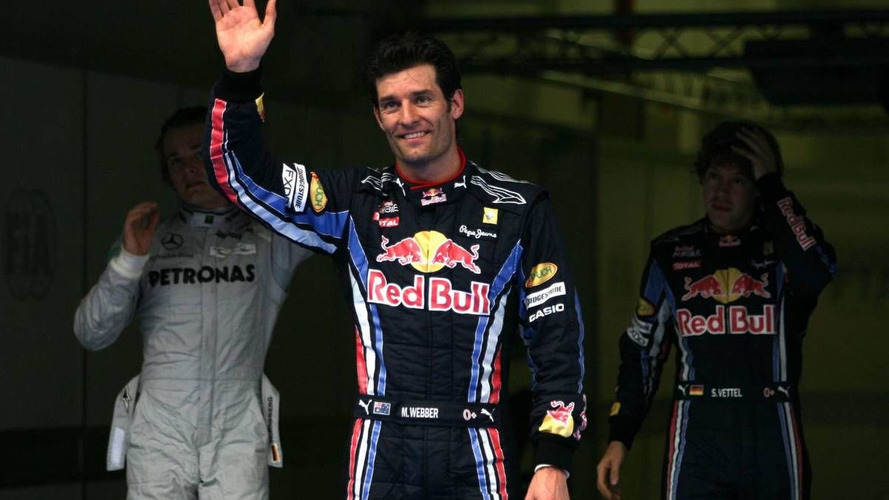 Sir Frank Williams admits that letting Mark Webber switch to Red Bull at the end of 2006 was a "mistake".

Sir Frank Williams admits that letting Mark Webber switch to Red Bull at the end of 2006 was a "mistake".

After two disappointing seasons with the British team in 2005 and 2006, the Australian moved to Red Bull, where in the past week he has won two grands prix from pole position.

"You could say we made a mistake," Williams is quoted by Austrian newspaper Kleine Zeitung.

"Our car was a disappointment, and we thought he was a part of that problem. Therefore, he was not our first choice (for 2007)," added the Grove based team's eponymous chief.

It is now expected that Webber, 33, will sign an extension to his current contract for the 2011 season.

Williams co-owner Patrick Head confirmed that he and Sir Frank were reluctant to pay Webber a high salary to stay on board in 2007.

"It wasn't that we thought he wasn't worth a decent salary, but we'd lost a major sponsor and we were going through some very tough times commercially," he is quoted by the Guardian.

"For the amount Flavio was asking, we didn't think we could build a car that would justify keeping him on," added Head.

The Briton also thinks Webber, the first Australian world championship leader since Alan Jones in 1981, has improved since leaving the Williams team.

Said Head: "He was very quick over a single lap but in our view he had an occasional tendency to make mistakes in the race and suddenly go off.

"In his first year with Red Bull he was pretty much the same. But in his second year with them we noticed that those in-race mistakes disappeared."