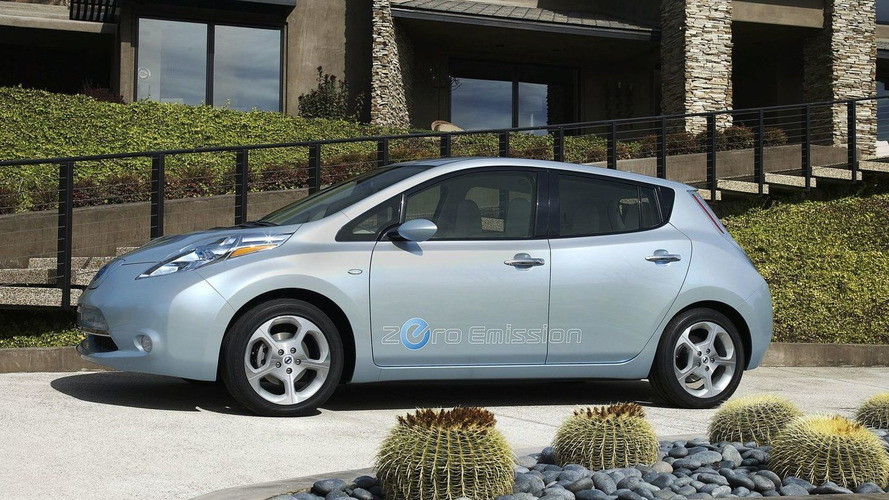 How much do you have to shell out to get the all-electric Nissan Leaf? We'll tell you inside.

When the Nissan Leaf all-electric five-door hits the market it will be priced competitively against the Opel/Vaunhall Ampera, known Stateside as the Chevrolet Volt, once tax incentives are taken into consideration.  Sales of the Leaf is set to begin before the end of the year on mainland Europe, with the UK and Ireland starting up in early 2011.

The car will cost purchasers in the Netherlands €32,839, which likely includes sales tax, as it also includes the Dutch government's elimination of vehicle registration and road taxes for vehicles that fit into specific environmental standards.  In Portugal and Ireland, the price will total €29,955, which includes about €5,000 in government incentives from either country, and no-cost road tax.

Meanwhile, in the U.K., the price will be £23,350, which currently translates to several thousand euro lower than the aforementioned companies, as the British Pound is in a slump.  By contrast, speculation suggests that the Ampera will cost about €28,000, though this has yet to be officially revealed.

"Nissan leads the industry by being the first automaker to offer an affordable zero-emission car. It's a pure electric vehicle, with no tailpipe emissions and very low running costs," said Nissan exec Simon Thomas.  "Nissan LEAF may look similar to a compact family car, but its smoothness, acceleration and handling will surprise and impress drivers and passengers alike."

The automaker chose Ireland, the Netherlands, Portugal, and the U.K. as its launch markets because those nations already have tax reduction laws in place for purchasers of very low- or zero-emissions vehicles.  The car will be released on the rest of the European market before the end of 2011.

Customers interested in purchasing the car will be able to pre-register with dealerships in order to get faster vehicle delivery.