Briatore 'free' to be in Monaco paddock - Todt 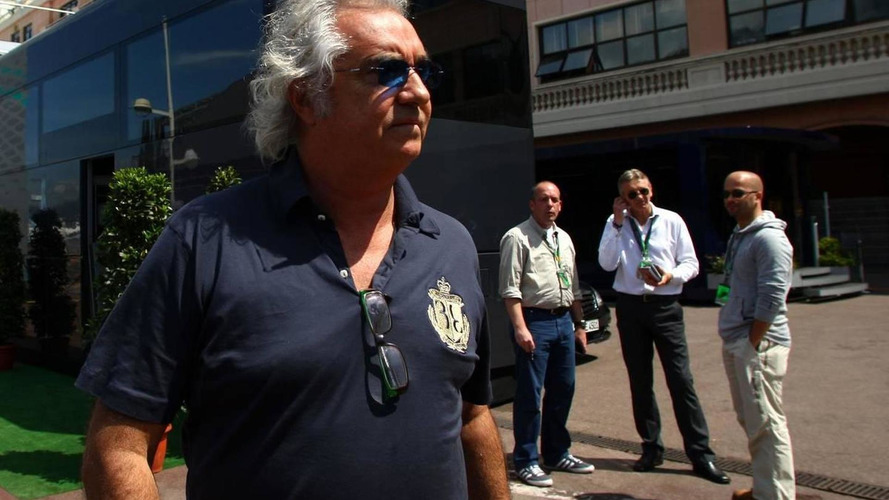 In a sport and a paddock from which he is supposed to be banned, Flavio Briatore is making his presence solidly felt this weekend in Monaco.

In a sport and a paddock from which he is supposed to be banned, Flavio Briatore is making his presence solidly felt this weekend in Monaco.

With the crashgate scandal still fresh in the memories of F1 regulars, Briatore's huge yacht Force Blue was spotted earlier this week in the Monte Carlo harbour.

The 60-year-old, implicated in the Singapore 2008 race-fixing scandal and banned for life by the FIA last year, then made his first personal appearance of the event by attending a party on Vijay Mallya's nearby Indian Empress yacht on Thursday night.

With Jean Todt now in charge of the governing body in the wake of Max Mosley's reign, a recent ban settlement means that Briatore and his crash conspirator Pat Symonds will be allowed to work in F1 again in 2013.

But the original World Motor Sport Council ban had ordered officials "not to permit Mr Briatore access to any areas" at FIA-sanctioned events.

On Friday in Monaco, Briatore lunched with Bernie Ecclestone, the Italian's friend and business partner who has issued the ousted Renault boss a paddock pass as his personal guest.

Todt told the Associated Press that Briatore, wearing a blue t-shirt, is "free" to be inside the paddock because he does not have an "active role" with a team.

Meanwhile, spotted aboard his yacht 'Iceman' in the Monaco habour on Friday was the Citroen rally driver Kimi Raikkonen.

Gallery: Briatore 'free' to be in Monaco paddock - Todt