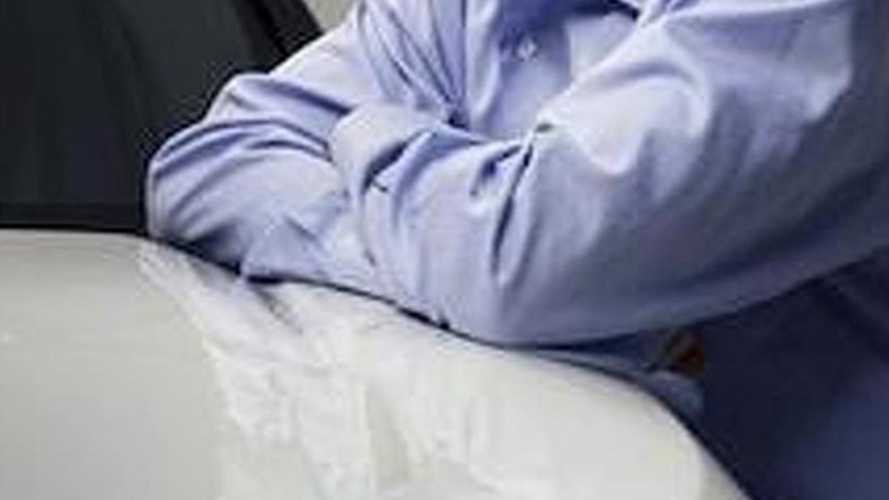 Ford has released a teaser image of the 2011 Explorer, ahead of its unveiling later this year. Feel the picture inside.

Ford has released a teaser image of the 2011 Explorer, ahead of its unveiling later this year.

Given to the Detroit Free Press, for an interview with chief engineer Jim Holland, the image is our first official glimpse at the clamshell hood and sweptback headlights. As Holland explains, "When you see it, you know it's a Ford, you will know it is an SUV, and you will know it's a very modern interpretation of our Explorer."  While that's pretty vague, our spies have previously caught the Explorer completely undisguised.

As some of our readers have pointed out, the Explorer shares a number of styling similarities with the Land Rover Range Rover and Land Rover LRX. There's a good reason for this, Holland was the chief engineer of the 2002 Range Rover. Besides the derivative design, the Explorer uses a terrain management system with five settings (normal, mud, sand, snow and hill descent) - just like Land Rover.

When the Explorer goes into production later this year, it will be equipped with a 2.0-liter four-cylinder Ecoboost and a more powerful 3.5-liter Ecoboost with 355 hp (265 kW / 360 PS) and 350 lb-ft (474 Nm) of torque. The four-banger will give the Explorer "best-in-class fuel economy and V6 performance."

Riding on the same platform as the redesigned Taurus, the Explorer will feature inflatable seat belts, seating for seven, and optional all-wheel drive.

Look for a possible unveiling at the Los Angeles Auto Show in November.