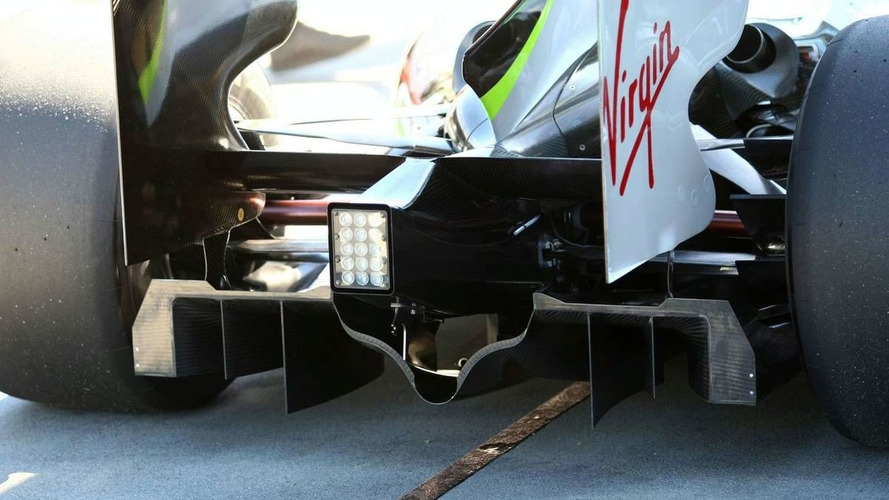 Last year, teams including Brawn, Williams and Toyota stunned their rivals by designing cars with the controversial rear aerodynamic concept.

Early simulations show that next year's formula one cars will be about two seconds slower per lap.

Last year, teams including Brawn, Williams and Toyota stunned their rivals by designing cars with the controversial rear aerodynamic concept.

Once the FIA declared the concept legal at the end of a bitter dispute, all the other teams hurriedly introduced double diffusers and then based their 2010 cars on an even more developed understanding of the concept.

But for 2011 the conventional diffusers will return, and it is hoped that in conjunction with the major aerodynamic rule changes introduced for 2009, the double diffuser ban will slow the cars and make overtaking easier.

It is exactly one year ago that Red Bull - not one of the original diffuser teams - introduced its first double diffuser at Monaco.

"If you compare where it's evolved to today, it's just monumental," team boss Christian Horner said in the Principality in 2010.

He revealed that "basic simulation" shows a lap time loss "in the region of two seconds, maybe more" for the non-diffuser cars of 2011.

"It will be a big change and it's going to be an interesting challenge," Horner added.

"Engineers tend to be creative people and I'm sure they'll claw back some of that (laptime loss), but it's certainly a significant reduction in downforce for next year."