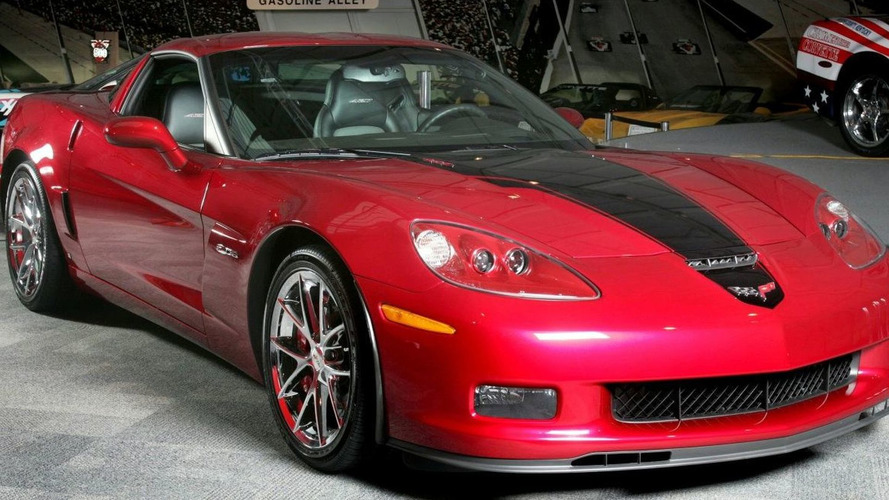 Back to metric cubic inches for the 2008 Corvette Z06 427. Only in red as it's obviously the fastest colour.

The numbers four, two and seven when put in sequence in precisely that order, mean a great deal to Chevrolet fans. With the introduction of the 7.0L LS7 small block V8 into the current Corvette, Chevrolet appear to have worked out that 7.0 litres is roughly equivalent to 427 cubic inches of displacement, an engine size that the hallowed American car maker is famous for producing albeit some 40 years ago.

So it should come as no surprise to learn that the marketing gurus at GM have decided to produce a limited edition '427 Z06 Corvette' for the 2008 model year which pays homage to the wild 427ci equipped Corvettes of the mid to late 60’s.

As you would expect the '427 Z06 Corvette' is equipped with an array of special features such as Crystal Red Tintcoat exterior paint, new chrome wheels and “427” embroidered seats and floor mats to list but a few.

You see this car is all about the numbers though. The 427 refers to the 7.0 litre displacement of the engine in cubic inches. The production run will be limited to just 505 units, why 505? Because 505 is the number of horsepower the LS7 puts out at the crankshaft. However, only 427 (yes there’s that number again) will be sold in the United States and Canada with the remainder being allocated for elsewhere.

So I can think of two reasons to purchase this limited edition ‘Vette’. One; you would like a thoroughbred American sportscar. Two; you’re a mathematician harbouring an obsession with numbers, codes and sequences. Whichever it is, this Corvette will probably prove to be one of the most collectable models in recent memory. Read on to learn a little more about the history of this American legend.