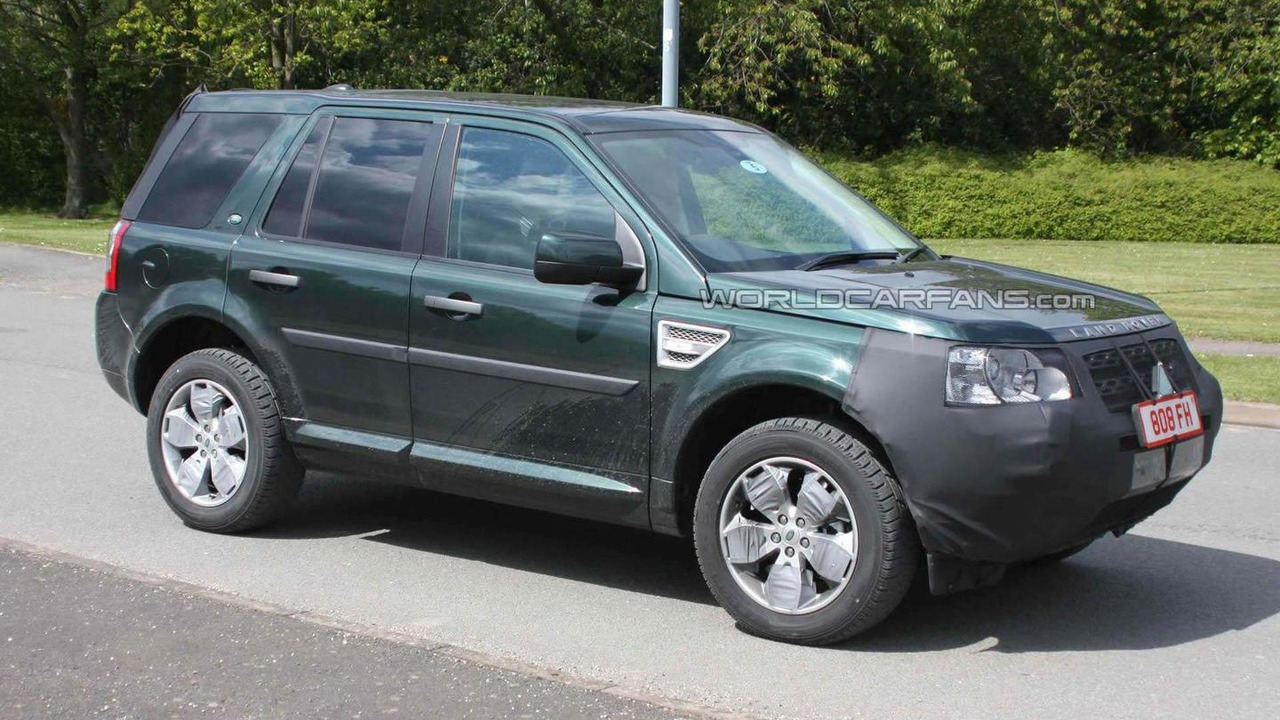 Find out what's in store for the 2011 Land Rover Freelander 2 / LR2 facelift with these spy pics!

The first-ever series of spy photos featuring the 2011 Land Rover Freelander 2 hit the WorldCarFans newsroom earlier today.  The right-side drive prototype is heavily covered up, but gives us some ideas as to the direction the automaker is taking with their compact SUV.

Sold as the LR2 in North America, the facelifted vehicle could be getting a new front fascia.  The prototype looks to have a new grille hidden under the camouflage, along with a new shape to the lower section of the front bumper.  With all the padding around the integrated fog lights, it makes us wonder if designers will be making a change at this point in the bumper, possibly with the inclusion of LED daytime lights.

The body-coloured side mirrors and side sills are a nice touch for those buying the car as a luxury item, and not wanting the "rugged" look of black plastic.  Also note the wheels, which are heavily covered with duct tape.  The tape makes us wonder if a shortened third element rests between the double-spoke design of the alloys.

So far, the awkward, jutting-out rear bumper remains on the car, but the tarp looks to be covering up a change to the rear door design.  It look as though a rear spoiler exists at the top of the rear hatch, though this could possibly be caused by additional padding.

The Land Rover Freelander 2 was introduced at the British International Motor Show in 2006.  The show has been cancelled for 2010, which means we may have to wait until the Paris Motor Show to see what the SUV looks like in person.