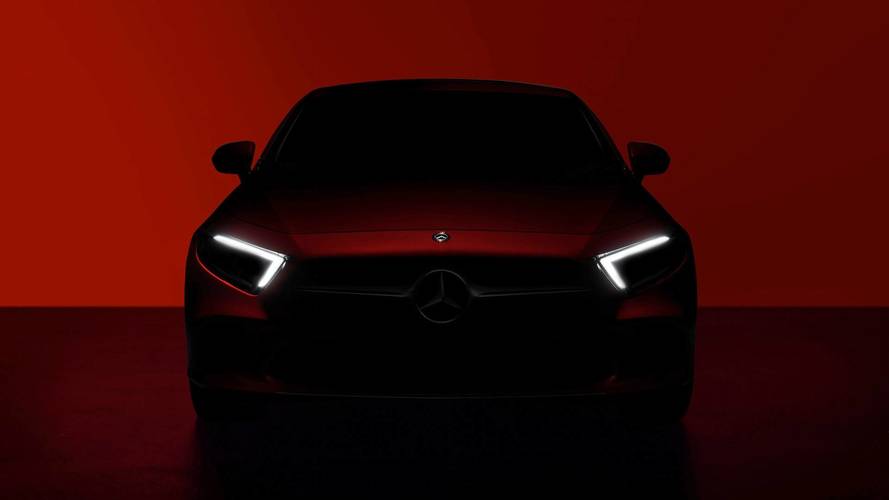 What a handsome face you have.

Since 2005, the CLS has been the lovelier, more luxurious counterpart to the E-Class within the Mercedes-Benz lineup. More than 10 years later, and the German marque is prepping an all-new version, set to make its debut later this month at the Los Angeles Auto Show. And this is it… or at least, some of it.

Mercedes-Benz today has released the first teaser for its new and upcoming CLS – and it looks sleek, from what we can tell. The shadowy front fascia borrows a number of familiar cues from the outgoing model, particularly the updated "diamond grille." The headlights appear to be brand new, and fall in line with the rest of the Mercedes range.

Apart from the lone teaser pictured here, the company doesn’t give us much else to work with. Thankfully, spy photos have previewed the new sedan well before its debut. In them we’re able to swooping roofline – even swoopier than its predecessor – the large front and rear overhangs, and the new taillights, just to name a few.

Though we don’t get a look at the cabin (yet), we expect the similar posh interior elements in the previous model to be available in the new version. Most of the same components from the E-Class should carry over, and for the first time the CLS will be available with a five-seat configuration, due to high demand from consumers.

Under the hood we should see new inline-six-cylinder gas and diesel engines offered, as well as a four-cylinder turbocharged engine for entry-level models. The CLS won’t be avail in a flagship CLS 63 AMG version – instead it will be replaced by the four-door AMG GT – but rumor has it that a performance version of the CLS could join the lineup, and will be dubbed the Mercedes-AMG CLS 53.

The new and improved CLS will make its debut later this month at the L.A. Auto Show before going on sale later in the year. Due to low demand, it’s unlikely that a shooting brake variant will be offered for this generation.