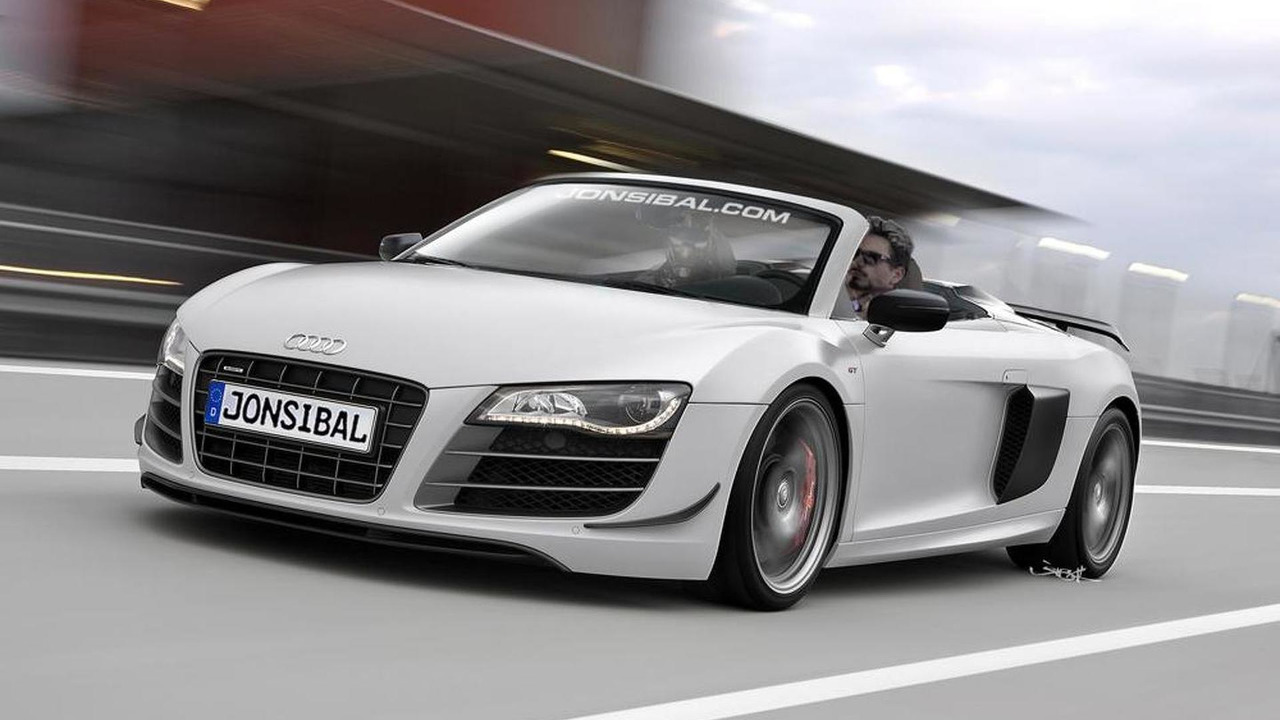 A topless rendering of the new Audi R8 GT has appeared. So far Audi has not announced anything official about the possibility of such a car, but we can dream can't we?

Jon Sibal has given us this Spyder rendering based on the new Audi R8 GT. Although Audi has not said anything official about a topless R8 GT, that shouldn't stop creatives like Sibal from playing around a little. While automakers almost never produce a convertible version of their most extreme sports cars, exceptions have appeared from time to time. The old Ferrari 430 Scuderia 16M is one example.

With that in mind, a rendering such as this could conceivably come to life. Unfortunately for ordinary folk, it would be so expensive and therefore so exclusive that only a few could afford it. That is probably one reason the artist used fictional comic billionaire Tony Stark as the driver. Stark, known to his legions of followers as Iron Man, is an R8 V10 Spyder owner.