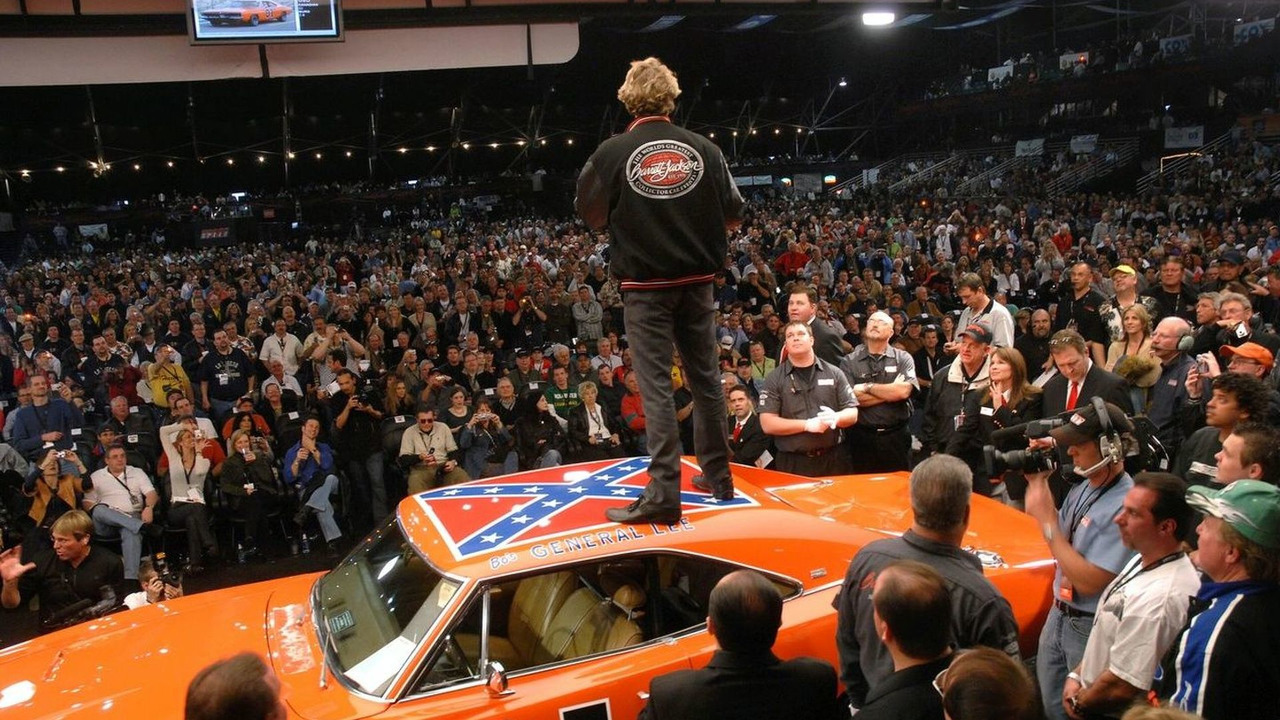 Replicas of the “Dukes of Hazzard” General Lee Dodge Charger come up for sale quite often, but the one you see here – that sold for a record-breaking $450,000 at auction recently – is very special indeed.

Provenance is all important at classic car auctions and this particular 1969 Dodge Charger, built by the show’s co-star John Schneider (Bo Duke) for the television reunion, has it in spades. Originally a 383ci model, Bo’s Lee now runs a 511ci HEMI engine tweaked by John Aruzza of Aruzza High Performance. This gives it a staggering 725bhp and 610ft lb of torque to the rear wheels through a modified six-speed transmission and DANA rear end.

Any serious fans of the show will recognise it from the “Dukes of Hazzard” reunion TV movie, and “The Dukes go to Hollywood”, “Collier & Co” and “Hot Pursuit!” With so many of the original TV cars destroyed during filming, this example was surely always going to command a high price, but with magazine and talk show appearances worldwide – and seven entries into the legendary Silver State Classic Challenge road race – no-one was surprised to see this example go for a record-breaking £450,000 in the 37th Barrett & Jackson sale in Scottsdale, Arizona.