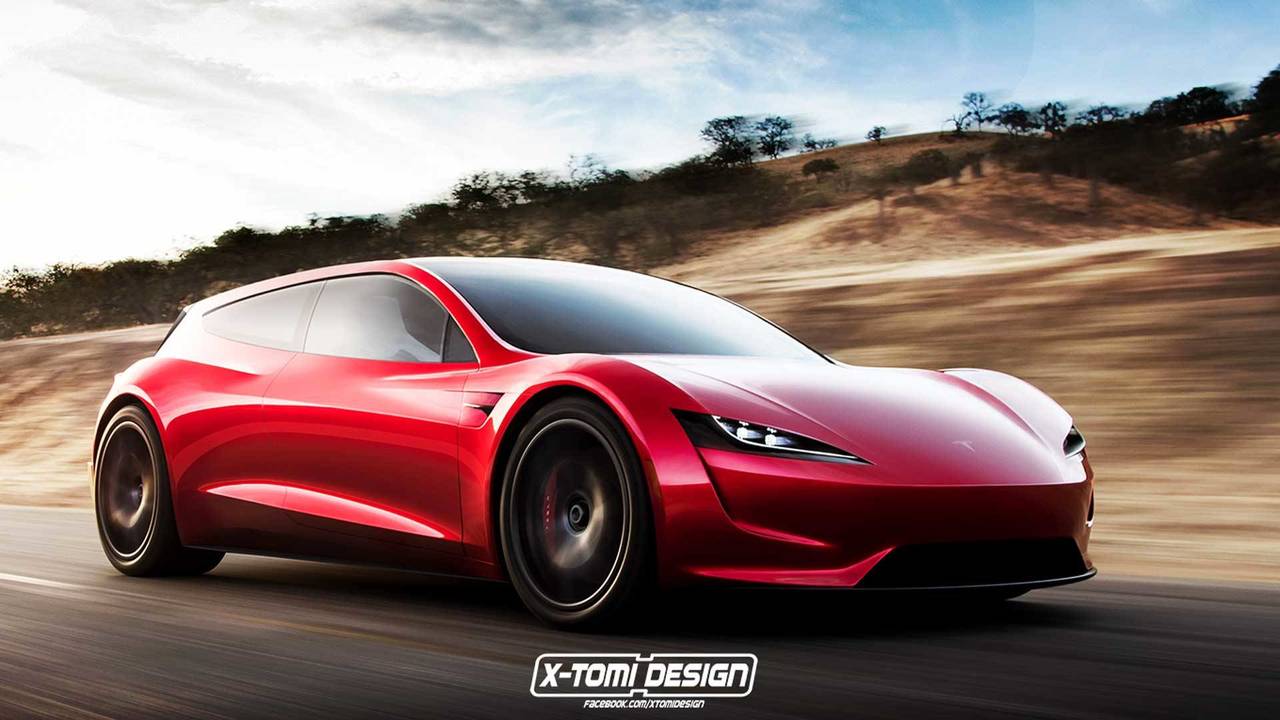 It didn’t take long for the new Roadster to get a long roof.

Barley 12 hours since Elon Musk’s surprise reveal of a new Tesla Roadster and there are already renders of what else it could become. In this case, we start with the ever-popular shooting brake because honestly, who wouldn’t want a bit more practicality in a car that can hit 60 miles per hour in less than two seconds?

Check out these other renders:

X-Tomi Design is behind this render, which adds a beefy backside to the new Roadster. In profile, the car adopts something of a Hyundai Veloster look, with the extended roof sloping down ever-so-slightly to meet an elevated rear. Of course, such a design change would also require a name change since it technically wouldn’t be a roadster anymore. Then again, we suppose a removable targa roof could still be implemented. Tesla Targa Shooting Brake anyone? It could work.

In reality, the new Tesla Roadster already has a bit of extra space in back as compared to the original, which was based on the two-seat Lotus Elise. Specifically, the new car is technically a four-seater though we can’t imagine anyone with legs – or heads –  actually fitting into the back. A shooting brake would at least help a bit with the headroom, but that would also kill the smooth lines that give the Roadster a rather shapely bottom. We love long roofs, but perhaps this one is best kept as-is.

Tesla was clear during the Roadster’s reveal that this car is still a prototype, so some design changes are likely before it hits the streets in 2020. That is, provided the company can stay on-track with its production targets, which are already delayed with the Model 3. Recent troubles at the company and questions about just how much cash Tesla is burning could well come back to haunt the proposed Roadster, not to mention the long-teased Tesla Semi that was also just revealed.

How quick is the new Tesla Roadster?
++