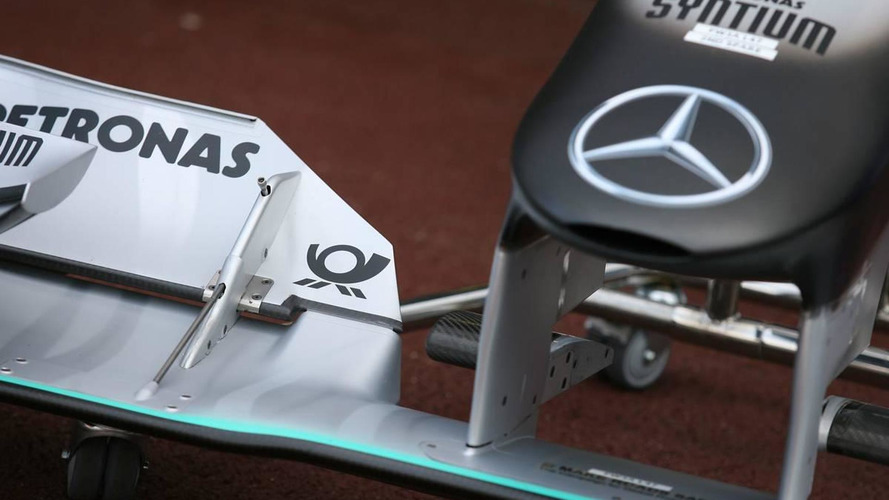 On Wednesday in Monaco, Mercedes confirmed that it has concluded a sponsorship deal with Deutsche Post.

On Wednesday in Monaco, Mercedes confirmed that it has concluded a sponsorship deal with Deutsche Post.

We reported in March that the German logistics giant, who through its subsidiary DHL is already an official partner of the world championship itself, is in talks about backing the Brackley based team.

It was rumoured that the deal could be ready to debut in Spain last weekend, but in fact the logos will be added to the livery and front wing of the grey W01 car in Monaco.

"The team has been very successful in attracting new partners over the past months and Deutsche Post is a very welcome addition," said team chief executive Nick Fry.