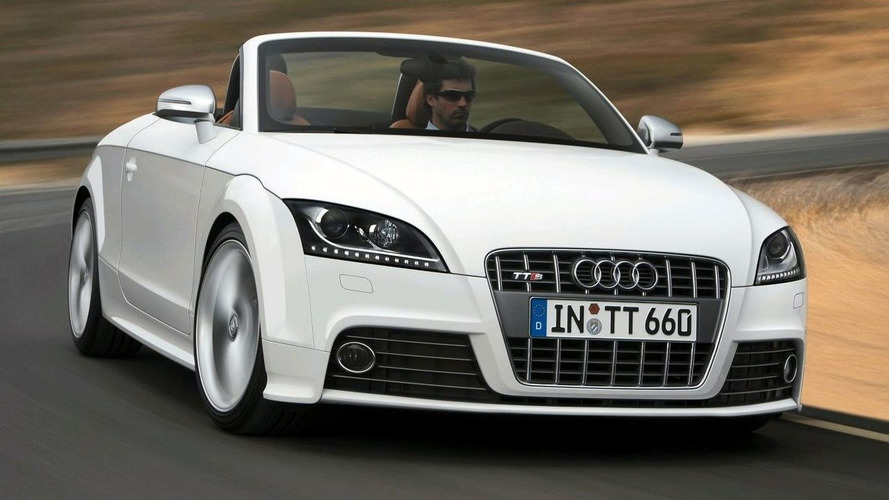 Audi TT S Is Priced for UK Market. Looks to Kill, Power Up To Match Price. Launch Slated for Summer 2008.

Audi Great Britain has announced prices for the new Audi TT S Coupe as well as its Roadster version. Audi also made a point to sell the new A4’s S Line credentials, which admittedly do give the car a much more exciting look than in standard form.

TT S is a new name on the market, coming in without a clear direct rival as far as its two German counterparts are concerned. At introduction it will sport the same overworked 2.0-litre VW company mill, which for this application will produce some 200kW and stump-pulling torque of 350Nm. The 0 – 100km/h time should be dispatched in just 5.4 seconds for the 6-speed manual Coupe, and 5.6 seconds when the Roadster attempts the same. Buyers who choose the granny option of dual-clutch S-tronic (DSG in VW speak) will go 0.2 seconds quicker off the line. Makes one wonder what kind of performance one might expect of the TT RS…

A new damping system called Audi magnetic ride (where have I heard this before?) will help to change the driving character of the car by varying suspension for different road surfaces and situations. Those sweet LED daytime running lights also feature, and standard shoe size is 18-inches, though an upgrade to 19-inch 5-spokers is available at about £750/ €1,010 more.