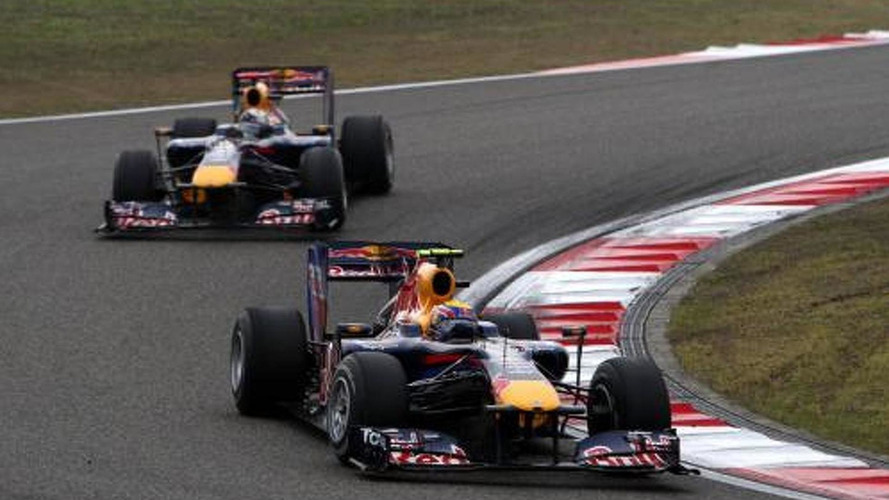 According to Germany's Bild-Zeitung tabloid, the dramatic solution was devised after Sebastian Vettel and Mark Webber scored every pole position in 2010 so far, and then pulled even further ahead with developments debuted in Barcelona last weekend.

Red Bull's three title rivals are conspiring against the team with a common goal -- to rein in the dominance of the RB6 car.

According to Germany's Bild-Zeitung tabloid, the dramatic solution was devised after Sebastian Vettel and Mark Webber scored every pole position in 2010 so far, and then pulled even further ahead with developments debuted in Barcelona last weekend.

Bild said the "secret pact" between McLaren, Ferrari and Mercedes involves the "exchange of data" about the technical superiority of the latest car designed by Adrian Newey.

Ross Brawn is quoted as saying: "In some areas Red Bull have gone in different directions. Our people are looking at it closely."

And Ferrari's Stefano Domenical is quoted by L'Equipe: "Red Bull has taken a big step forward in performance (in Spain). We saw it Friday and Saturday and with Mark's performance on Sunday.

"This is a reference for us. We are not overstating it but we have to look more carefully at it and understand," he added.

It was earlier wrongly believed that the RB6 was hiding some sort of variable ride-height system, but Bild reveals that one of the actual reasons for the car's competitiveness is the exhausts.

We reported during the February tests that Red Bull had put stickers on the car to make it look like the exhausts were located conventionally, when in fact they were located much lower.

Bild said the lower exhausts, hidden from view by six mechanics on the Barcelona grid, contribute to the car's superior aerodynamics.

It is also reported that Red Bull could begin using a McLaren and Ferrari-like F-duct system at Istanbul in two weeks.

Gerhard Berger told APA: "They are clearly the championship favourites. Even without the air-duct, Red Bull are the fastest."