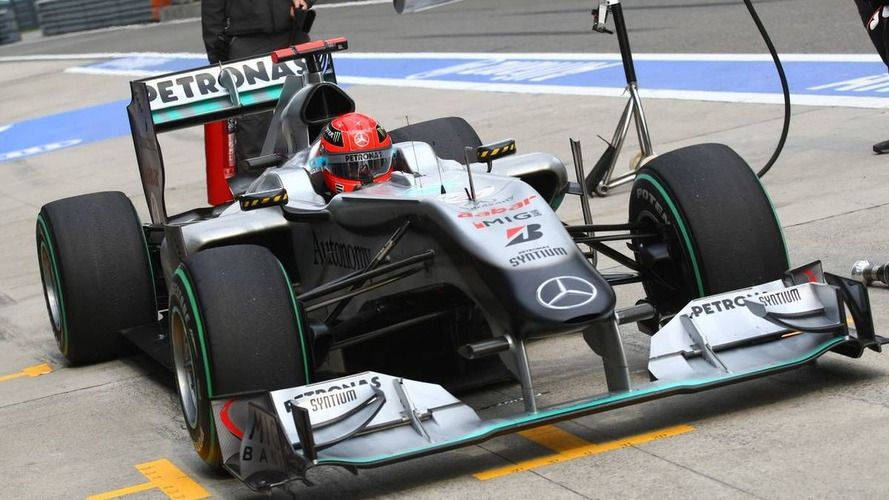 That is the belief of the seven time world champion's first formula one team boss, Eddie Jordan, who gave a then 22-year-old Schumacher his grand prix debut in 1991.

If Mercedes has moved development of its 2010 car in the direction of Michael Schumacher, that tactic is "simply wrong".

That is the belief of the seven time world champion's first formula one team boss, Eddie Jordan, who gave a then 22-year-old Schumacher his grand prix debut in 1991.

Although denied by Mercedes, it was reported that the focus on the changes made to the W01 car ahead of Barcelona was with the former Ferrari driver's preferences in mind.

But Irishman Jordan said that, five races into the now 41-year-old's return to the grid in the wake of a three-year retirement, Ross Brawn needs to forget the way that he previously worked alongside Schumacher at Ferrari.

"Let's be clear; in the Ross Brawn era, Ferrari was basically a one-driver team," said Jordan, who now travels to the grands prix as an expert pundit for British television.

He told the German newspaper TZ: "This (approach) is a mistake. The first four races showed entirely clearly who is able to keep up with the new generation of drivers such as Sebastian Vettel and Lewis Hamilton; namely Nico Rosberg."

Rosberg, 24, was on the podium twice in the first four races. With the revised car in Spain, Schumacher took over as the team's pacesetter, but was a minute down at the chequered flag.

"Schumacher is now more capable of dealing with the car, but the gap to Red Bull has become much greater," Jordan observed.