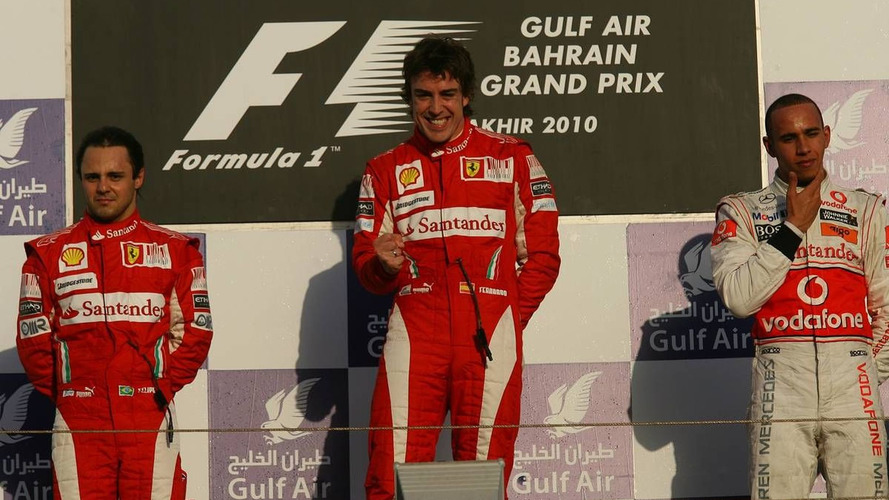 With F1's points system of 2009, Fernando Alonso would currently be the world championship leader.

With F1's points system of 2009, Fernando Alonso would currently be the world championship leader.

Before this season began, the FIA tweaked the points system so that two extra finishers per race score points, while the points gap between the winner and second place was widened.

But under last year's system, Alonso would currently be leading Jenson Button by a single point, according to an analysis by Spain's Diario AS.

Instead, Button - who has won 2 races compared with the more consistently-competitive Alonso's single victory in Bahrain - is leading the Spaniard by three points.

Briton Button told the Spanish sports newspaper that when he moved from Brawn to McLaren for 2010, he did not expect to be leading the world championship after five races.

"For the first five races my goal was to feel at home and adapt to the car," said the reigning world champion.

"Leading the championship at the moment is a great feeling, but it's only the beginning. There's a long way to go in a championship that is going to be very challenging and close," added Button.