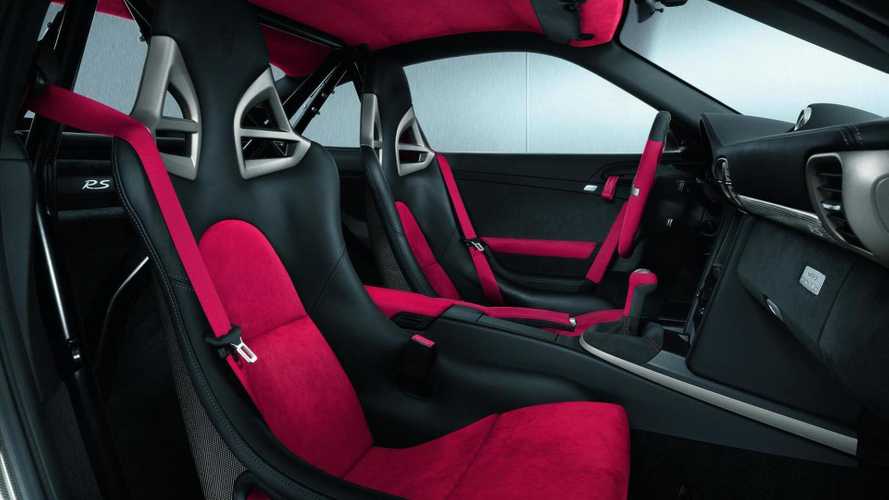 Only 500 units of the GT2 RS will be produced. The car will be Porsche's most powerful road car ever, featuring a power to weight ratio of 4.9 lbs (2.21 kg) per horsepower.

Official details and photos have been released on the upcoming Porsche GT2 RS.

That power rating will make this the most potent Porsche road car in history. And its quite a technical achievement to squeeze all those kilowatts from a 3.6 liter boxer engine, much of it attributable to the two variable turbine geometry turbochargers.

To shed weight, Porsche makes use of carbon-fiber-reinforced (CFR) components, such as the CFR plastic for the bucket seats.

"GT2 RS" tags are placed on the doors and rear lid to distinguish the car too.

The new GT2 RS is set for its first public unveiling on August 25 at the Moscow auto show.