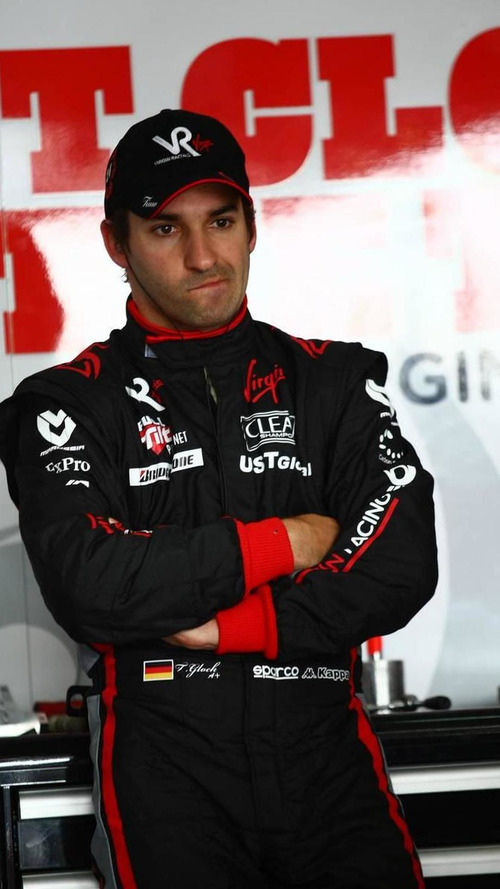 Timo Glock is looking for an improvement from Virgin Racing before committing long-term to the new British team.

Timo Glock is looking for an improvement from Virgin Racing before committing long-term to the new British team.

Despite interest from established teams for this year, the German signed with Virgin with a contract that is believed to be for a multiple-season term.

The team has notably struggled for pace and reliability, with Glock only notching up his first finish of the season last weekend in Spain.

That was with the much-vaunted updated VR-01 car featuring a bigger fuel tank, which was not substantially faster in Barcelona than the older model still driven by Lucas di Grassi.

Asked if he is already contemplating how to extract himself from his long contract, 28-year-old Glock said on Tuesday: "If the situation never changed, eventually you would have those sorts of thoughts.

"But at the moment I'm not thinking about that, and neither am I walking around looking for somewhere else (to drive). We have to wait for a few more races and then see," Glock told motorsport-total.com.

He admitted that the updated car did not work "as expected" around the Circuit de Catalunya.

"Especially on Friday it was a disaster because I was even slower than the old car. What's going on, I don't know.

"At least we have sorted out the tank. The fuel supply (issue) for qualifying is significantly improved, but the aero updates have not worked in the way we wanted."

Virgin's technical boss Nick Wirth is famously developing the VR-01 car with only computer technology, and asked if the lack of a wind tunnel is hurting the team, Glock answered "I don't know."