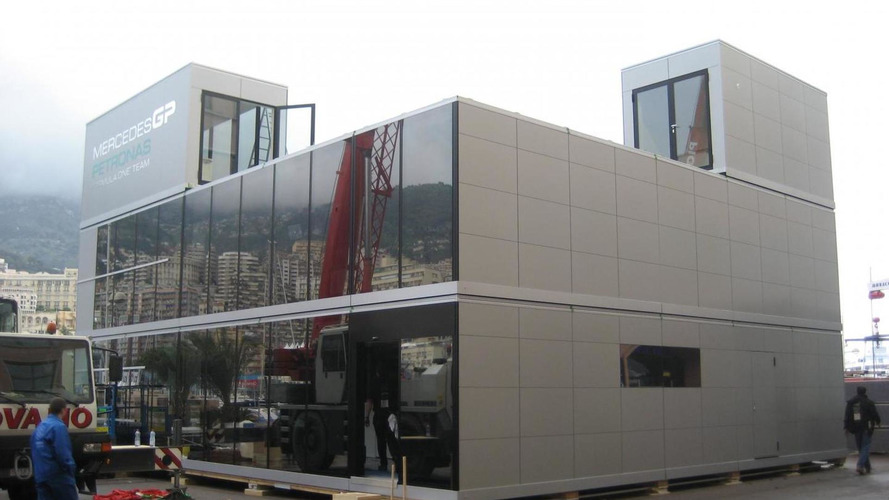 The first photographs of Mercedes' new motor home have emerged from the paddock of the Monaco street circuit.

The first photographs of Mercedes' new motor home have emerged from the paddock of the Monaco street circuit.

The Brackley based team used a motor home usually seen in the DTM paddocks in Spain, while the new structure was being put together for the first time in the Principality.

The three-storey structure resembles a glass-fronted office building and can be seen on the team's official Twitter site.

German reports say the motor home has been made at a cost of less than 2 million euros, compared with the EUR15m cost of Red Bull's Energy Station.

While Mercedes and Red Bull's motor homes were already in Monaco, the first motor home to arrive from Spain on Monday morning was Renault's.

Reportedly, the Enstone based team bought the motor home operated last year by the departed Toyota.

McLaren's so-called Brand Centre takes longer to disassemble, and as of late on Monday it had not arrived in Monaco.