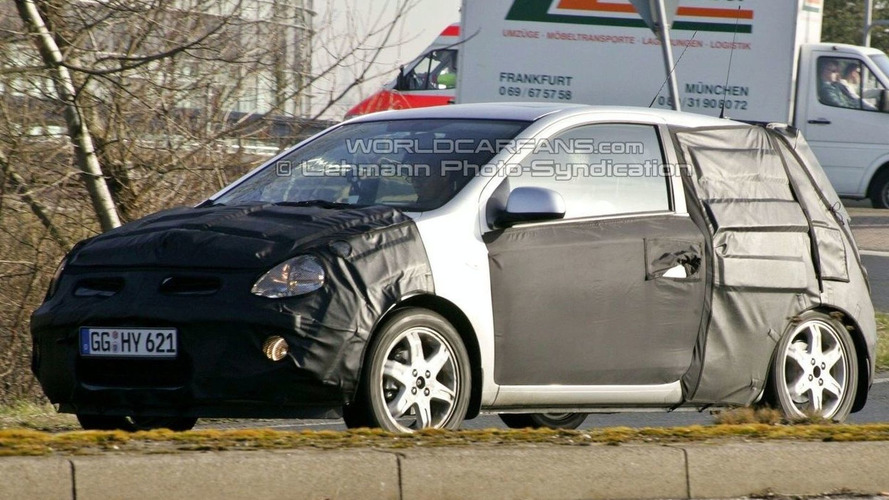 Resurgent Korean brands continue onslaught on the European establishment with this little 3 door Hyundai i20.

There is no letting up from the Korean’s. Not content with releasing the surprisingly good i30, Hyundai are hurriedly working on a replacement for the aging Getz. The Getz was recognised as a turn around product for Hyundai, especially in Europe as it delivered handsome looks and a competitive drive to the small car segment.

These are the first 3 door shots of the new car which we understand will be called i20. The 3 door will be released shortly after the 5 door in early 2009. Expect the little Hyundai to offer two petrol engines, one rated at 80 hp and the other at 109 hp. Hyundai aren’t silly though as they will be offering a 110 hp turbo diesel which should prove popular amongst European consumers.

If the i30 is anything to go by, expect the i20 to be sharp suited and even sharper to drive.