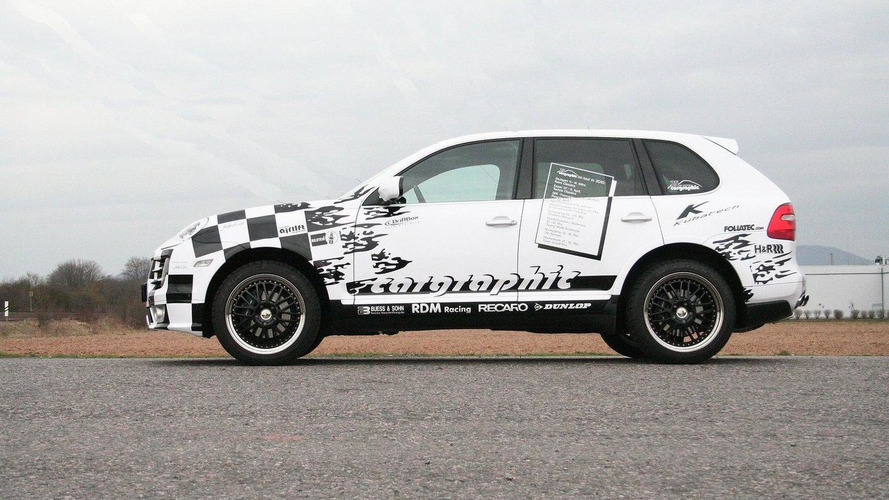 Find out more details about the 25th anniversary Cargraphic vehicle, based on the Porsche Cayenne.

To celebrate their 25th anniversary, German tuning firm Cargraphic have designed a new model based on the facelifted Porsche Cayenne (957).  It features a tuned diesel V6 engine that produces 286 horsepower (290 PS , 213 kW).  Torque figures were not revealed.

Features on the Cargraphic Cayenne include custom 21-inch race-capable wheels wrapped in Dunlop SP Quattromaxx tires.  A better suspension and bigger brakes were also installed, as well as a stainless steel exhaust.  The quad-headlamps are a featured aspect of the aerodynamic kit that was fitted to the vehicle.

The model is inspired by their 2006 race taxi Cayenne (pictured), previously used to give German Touring Car Championship (DTM) spectators high-speed rides around the track.  Likewise, this new vehicle will be used for advertising, and will be featured at various events in 2010.