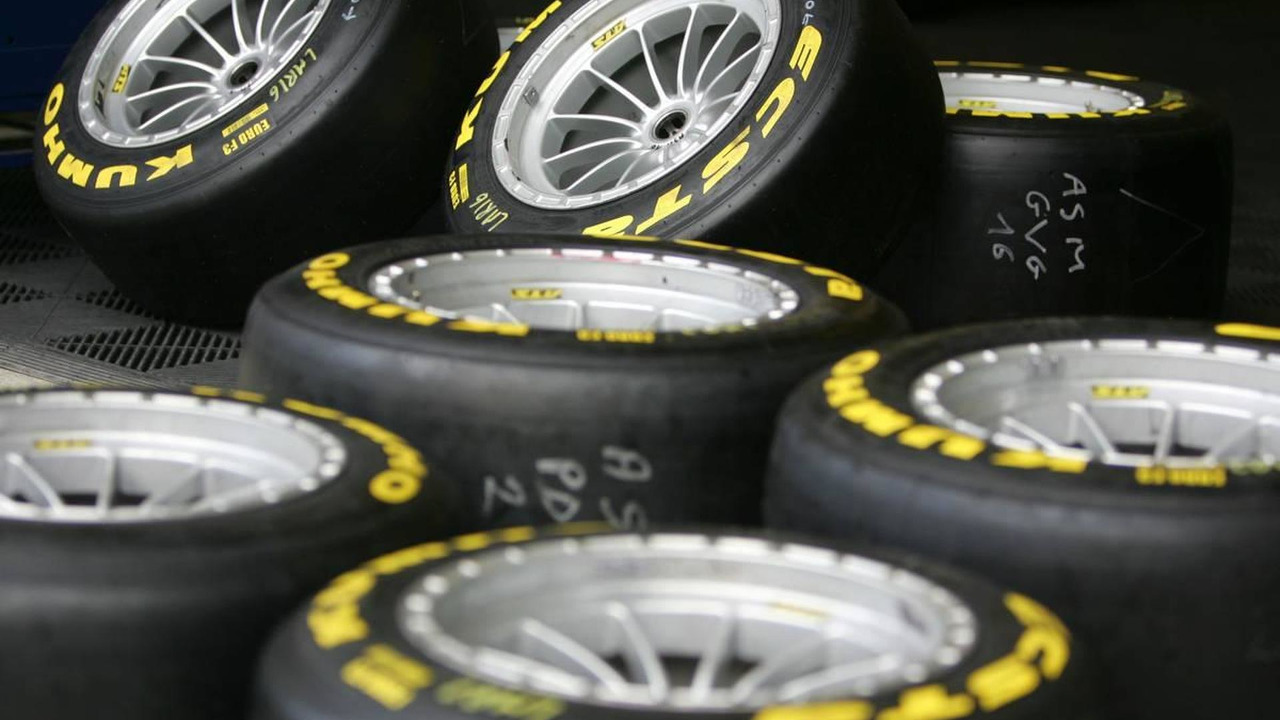 Amid reports that Michelin, Pirelli and Avon were vying to replace the departing Bridgestone, it emerged in Barcelona that F1's current supplier might be reconsidering its decision to leave the sport at the end of the year.

Yet another name has joined the race to supply tyres to formula one teams in 2011.

Amid reports that Michelin, Pirelli and Avon were vying to replace the departing Bridgestone, it emerged in Barcelona that F1's current supplier might be reconsidering its decision to leave the sport at the end of the year.

It was then rumoured that Michelin - having reduced its financial terms by half - is the favoured 2011 supplier, with teams particularly not keen on the cheaper but riskier Avon option.

FOTA chairman Martin Whitmarsh also fears that opting for Pirelli or Avon could ultimately cost more because there is no available data.

"The big teams would hire their own engineers to generate data about the tyres themselves," he said. "The small teams could not afford it and we would have a two-class society."

The issue was discussed at length in a meeting of team bosses at the Circuit de Catalunya, and afterwards it was whispered that yet another tyre company might have entered the race.

The South Korean tyre marque Kumho, despite having no experience in formula one, is thought to have submitted a formal letter of intent to supply teams next year.

Germany's Auto Motor und Sport said the letter was sent to both the FIA and also Bernie Ecclestone, who is in charge of the issue of F1 tyre supply because it is essentially a commercial matter.

The teams' preferred option is that Bridgestone is simply persuaded to stay. FOTA is believed to have written to Bridgestone Europe, and the teams' request will now be passed on to CEO Shoshi Arakawa.

"The request is an honour," confirmed the marque's F1 boss Hiroshi Yasukawa.

The tyre issue is now a priority, with the teams wanting clarity by this weekend's Monaco grand prix so as to get to work on the 2011 cars.

Another hot topic in the Monaco bosses meeting will be KERS, due to the fact the gentleman's ban is set to expire and Williams is indicating it will debut its flywheel system in 2011.

It also emerges that Renault and Ferrari's offer to supply their systems for 1 million euros per season is part of the current FOTA gentleman's ban.

"There was an agreement that teams could use KERS (in 2011) if they could meet some target figures in terms of costs and if they could make their system available to customers for those costs," confirmed FOTA's technical boss Ross Brawn.